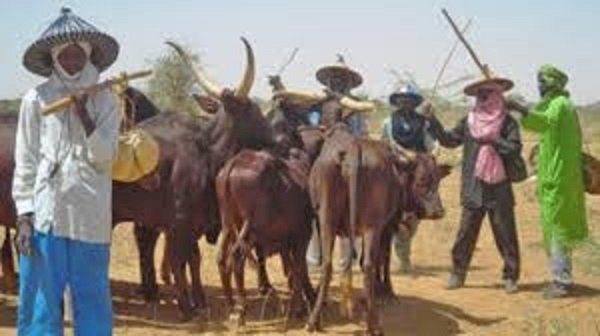 Aso Chronicle reports that they attributed their enormous challenges to the inability of the government to provide them with grazing reserves.
*Over the years, Fulani herders have been subjected to several ill-treatments, including killing, rustling of their cattle and lack of provision of a grazing reserve within the Federal Capital Territory (FCT).*

*Such ill-treatment of the Fulani in the FCT have, in some states, led to communal clashes, as well as loss of lives and properties. So, with the continued ill-treatments of the herders, is the FCT walking on a tight rope?* The Fulani are mostly known for their cattle rearing activities, sleeping in a thatched building with enough grazing reserves for their cattle. Of course, this modest lifestyle of the Fulani is accompanied by some great difficulties, sometimes leading to loss of lives. Instances of clashes between the herders and farmers abound in the FCT. Recently, in a clash between indigenes and Fulani in Paikon-Kore, Gwagwalada Area Council of the FCT, four herders were allegedly killed with about 13 others sustaining various degrees of injuries. With the cattle rustlers going more sophisticated in their activities, the chairman of the Miyetti Allah Kautal Hore Umar Isiyaku said, “They rob with sophisticated weapons, giving the herders no chance while carting away their cows.

Most recent of the incidents was at Goi, Gwagwalada Area Council, where suspected cattle rustlers reportedly laid siege and attempted to steal 126 cows after sporadically shooting into the air. *“I was born in Bwari Area Council and I have lived in the FCT all my life. Before, we lived in peace with one another but from five years ago, we have been having problems with farmers and other ethnic groups, the problems have increased with the coming of cattle rustling and now it is murder.”*

Isiyaku regretfully said the herdsmen are hapless as people make a living by stealing their cows. While recounting several cases of cattle rustling within the FCT, he said he cannot ascertain the number of cows that have been stolen.  However, he said that the number is alarming and carried out by unknown people. The rustlers, he said, have advanced from using crude weapons into using sophisticated ones. “There are many cases of cattle rustling, most of them are not reported, but from the reports I received between January and now, they will reach about 2,000 cows. The most surprising thing is, when these cows are stolen, they disappear without a trace, and you do not know which way they have been taken through. “Some of the herders are scared even when their cows got stolen, they are afraid of following the rustlers because all they have is a machete and stick. They do not know if the thieves have guns. But most of these rustlers come with sophisticated weapons,” he said. The Fulani herders in Gwagwalada Area Council are the most hit by the activities of the rustlers, according to Usman Abubakar, the Secretary of the Miyetti Allah Kautal Hore group. A position which Haruna Idris, the Sarkin Tunga-Maje, in Zuba Emirate Council, corroborated. Haruna said the rustlers have now devised several ways of carrying out their activities. “Due to what has been happening, we always keep watch at night, but there was a night I dozed off and when I woke up, I discovered that two of my cows were missing.

Then, I traced their steps until I got to a place where I saw blood on the floor. The thieves must have killed them and carried them away,”

Iliyasu, another Fulani man, who was a victim, said. Haruna said more than 50 cows have been stolen around his dormain since January, adding that efforts of the herders to curb the menace has been unsuccessful.  “The best place to keep our cattle at night is in a fenced area which could be difficult. We just used barbed wire to surround an area so that the cows won’t go out, that is what these rustlers always take advantage of,” he said. The Chairman of the Miyetti Allah Kautal socio-cultural group in the Abuja Municipal Area Council (AMAC), Alhaji Abdullahi Namata, said within the council, about 270 cows have been stolen, adding that initially the rustlers steal one or two but now they raid houses and cart away huge number of cows. He said, “Sometimes it happens without people bringing it to our notice and we are not taking figures and sometimes one cannot know because some people do not count the number of their cows, so it could be difficult.” He said the most recent incident of rustling happened in Paipe, few days ago. Scores killed in several attacks by rustlers, farmers, and security operatives While their cattle are at the mercy of rustlers, herders are not spared during raids on their cattle. As disclosed by the herders who spoke to our reporters, due to the sophistication of the weapons the rustlers wield, an attempt to resist usually lead to death of herders. Cattle rustlers, farmers and security operatives have allegedly killed many Fulani in recent times.

*The incident of the milk maid killed by a security operative is still fresh as explained by Usman Abubakar, the FCT secretary of the group.*

The FCT chairman of the group said from the reported cases of rustling he has received, about 14 people have been killed this year. He said farmers and rustlers killed many Fulani men. “Farmers kill our people more than rustlers within the FCT. In total, about 14 Fulani have been killed since January. “The one that I have heard of and I have gone to see for myself are 13, it was just the last person that I have not seen, but the case was reported to me,” he said. However, the AMAC chairman of the group, Alhaji Abdullahi Namata, alleged that suspected rustlers and farmers have killed about 12 people within the area council. He said,

*“If you can look in the whole of FCT in 10 or 15 years, you cannot see where a Fulani man killed an indigene, but in Jiwa, we have about three cases and six cases in Gwagwalada in the last two months where farmers killed herders.*

The Fulani in FCT are more peaceful than any other Fulani in Nigeria, there is never a place in FCT where there is reprisal attack.” There are various reported killings of the Fulani during communal clashes, an incident the Ardo of Karmo, Alhaji Jibrin Mohammed, said the group has been tolerating.

“There is nothing that worries us more than lack of where to live and graze our cattle,” Umar Isiyaku, the FCT chairman of the association, said. He said that writing several letters to the area council chairmen and FCT ministers have yielded no result, adding that the major problem of the herders are the farmers,who always deny them the use of land for grazing their cattle.

Lack of the grazing area, according to the Fulani, is the most pressing among their challenges.

“We have in Bwari, Gwagwalada, Kuje, Karshi but all these grazing reserves are just called grazing reserves, there are people living there, who are not compensated in order to vacate the land for us. So there is no way we could go and use the place, it is only the ones in Paikon-Kore, Gwagwalada, that have facilities,” the Ardo of Karmo, Alhaji Jibrin Mohammed, said. *“That is all we have always wanted, a place where we can graze our cattle and milk them without problem. That is what we have been asking for in the past 15 years. We have tried our best, met with several government officials but they have been making empty promises and nothing has been done to help us,” Usman Mohammed, the Wakilin Ardo of Wuye District in AMAC, said. The FCT chairman of the group said it was never the wish of the herders to be going around “aimlessly,” but without a grazing reserve they are left with no option.   “We are appealing to the government to please intervene, it is up to them to provide us with lands. We used to live in peace with farmers until we started clashing over lands, now there is a rift between the farmers and herders. The government is not doing anything about it.” He appealed to the government to compensate landowners so that they can leave the lands for herders. He said there are designated grazing reserves in Wassa, Karshi, Paikon-Kore, and other communities but the landowners have not been compensated. *“We have been living in the FCT for over 50 years, the grazing reserves for the cattle are important.*

With development everywhere, FCT is now turned into a city, leaving us without a place to graze our cattle,” Usman Mohammed, Wakilin Ardo of Wuye District, said.

“`Development drives us into villages“`

“The development of the city is another issue that we have to contend with as we are driven into the hinterlands,” lamented Umar Isiyaku.

*“Development is adding to our problem, there are certain places that Fulani people have lived for more than 30 years but in one day, development will come and they will just tell us to pack our things and leave,”* Isiyaku added. He said they are waiting for what the government will do as most of the Fulani men have left the FCT for other countries.

“Some of us have left the country because they have nowhere to live, they have gone to Ghana, Togo, Benin Republic, and Cameroun,” he said.

On the occupation they do abroad, he replied: “They rear cows as well, since they have no other job than to keep rearing the cattle.”   The herders alleged that the government is not helping matters. *“They only say they will do this and that, no compensations are given, and the government is not helping matters.* If any killing happens, immediately after the killing they will come, talk, give a small donation in form of a bag of rice or cash between 50 and 100 thousand naira to the family and from there, nothing else comes out,” said Usman Abubakar, the FCT secretary of the group.

*“Our herders are slaughtered like rams not only by cattle rustlers but also by indigenes, the Fulani have never taken revenge unlike in other states because we are law abiding, the leaders will stand and tell people not to react but allow the government to take its course.* But nothing has been done, only recently the minister sent a delegate, and the council chairman gave bags of rice to some victims,” Abubakar added. AMAC Chairman of the Miyetti Allah Kautal Hore accused the government of treating the Fulani as inferior citizens. *“Most of our elders are born and bred here, yet the government will never, in a day, come and treat our cattle.”* The herders said they will keep pressing for the intervention of the government, adding that having a grazing reserve is the key to ensuring harmonious relationship between Fulani and the FCT residents.