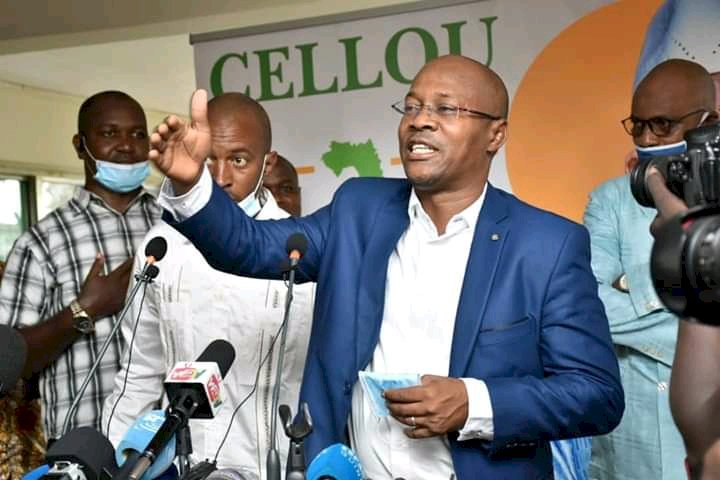 The communications boss of the Union of Democratic Forces of Guinea (UFDG) continues to oppose Alpha Condé's third term in office, despite his detention at the Central House in Conakry.  Ousmane Gaoual Diallo assures us that his party and his allies will not give up the fight he leads until the departure of the current resident of the Sékhoutouréyah palace.

In custody at the Conakry security, Ousmane Gaoual Diallo, opponent of the Alpha Condé regime, does not intend to stop at nothing.

‘’ The UFDG is a structured party with solid foundations inside and outside the country.  It is a relentless political force that will endure through time thanks to its brave activists and natural allies who fight for the well-being of Guinea and oppose state delinquency, "says Ousmane Gaoual Diallo.

The UFDG's communications coordinator says that, despite the incarceration of those in power, the fight to remove Alpha Condé will continue.

“The reign of terror, corruption, bogus plots and ethnic governance will soon be banished forever.  Alpha is not God, he must go ", assures this relative of Cellou Dalein Diallo

Here is the secret behind Sanusi’s sack – Prof. Jubril

Mali's new president Bah N’Daw will be in Dakar tomorrow