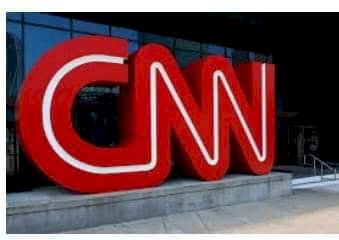 As a media professional, my own point is the so-predictable media arrogance.  The press should develop new humility.  The old blackmail of "we stand by our story" -- crap! -- should give way to fresh thinking that no one is above mistake.  Besides, that should trigger the old-school dictum of check, re-check and and re-check, until you're 100 per cent sure before you hit the wire.  But that is the straight and narrow path, now abandoned for today's wide and merry, ever-ready e-lies that pass for neo-journalism!

Had CNN been a bit humble, less arrogant, less sweeping and less eager to profile Nigerians and their military as jaundiced western eyes would rather see them, it wouldn't suffer rotten eggs being splattered all over its face!

As for DJ (S)witch, after her few hours in the CNN sun, what now becomes of her and her e-liars, mighty conjurors of e-massacre, that later forced real but avoidable deaths?  Their conscience would have to grapple with the blood of the slain.

CNN has done its news transaction (to beam to the world the apes of Africa in its warped subconscious) and moved on.  DJ (S)witch and co would have to battle with the long, bitter and hard hangover, on the mo(u)rning after!

Not even the celebrated asylum of Canada can pass the cup over DJ (S)witch! !!!

Devolution Of Power Not The Answer, Let’s Address Poverty...