No Reason Needed, APC Will Win In 2023, Buhari Is Performing Well – Gov Uzodimma. 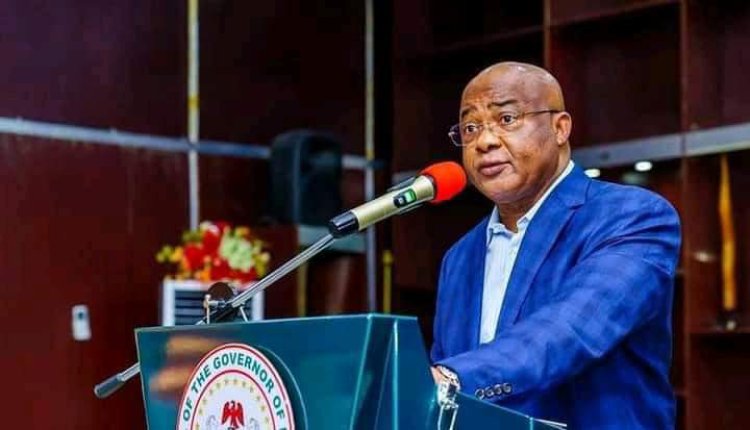 Imo State Governor Hope Uzodinma says there is no reason the All Progressives Congress (APC) will not be voted back to power since the present administration is “performing well”.

The governor spoke with state house correspondents on Tuesday after a meeting with President Muhammadu Buhari at the presidential villa Abuja, According to him, the APC has also witnessed a significant increase in its membership in recent times. “What is the prevailing situation that will make APC not win? Is it that you don’t know that 22 states in the country belong to APC?” he asked.

“Is it that you don’t know that out of the 774 local government areas in the country, that the APC is controlling the majority? Have you not seen the number of people decamping into the APC?

“The mood of the country is that the president is doing very well given the peculiarity of the times when insecurity has taken over the globe, where COVID-19 has ravaged every place in the world from one variant to another variant, yet we are able to come out from recession.

“So, I’m very confident. I’m a proud member of the APC and I think we’ll do our best to ensure that the confidence reposed in the party by Nigerians is not betrayed.” He also said the decision to challenge the victory of Chukwuma Soludo in the Anambra governorship election will be determined by the leadership of the APC

Soludo, candidate of the All Progressives Grand Alliance (APGA), secured 112,229 votes to defeat his two major rivals — Valentine Ozigbo of the Peoples Democratic Party (PDP) who got 53,807 votes, and Andy Uba of the APC who secured 43,285 votes.

But Uba had rejected the results of the election, saying he will reclaim his “stolen mandate” at the court. Uzodimma, who is the chairman of the APC campaign council for the Anambra election, said the fact that the president had congratulated Soludo will not influence the decision to be taken by the leadership of the party and its candidate.

Another huge approval for President-elect Barrow as Nigeria’s Buhari congratulates...