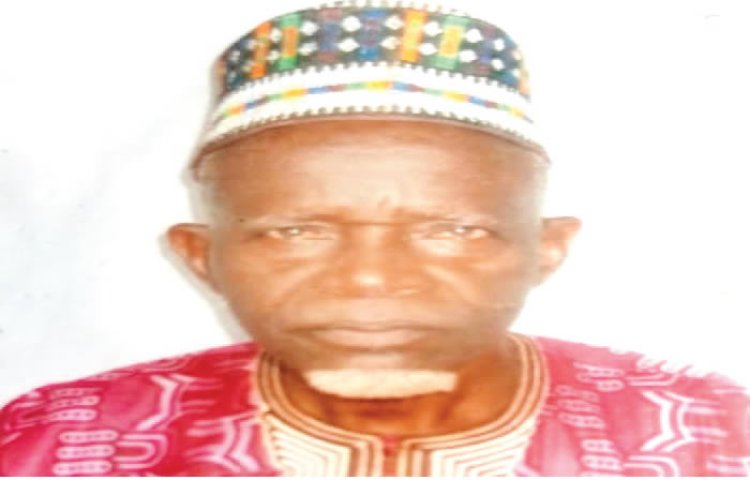 In this interview with EL-AMEEN IBRAHIM, Fulani leader in the South-East, Ardo Saidu Baso, speaks on the attacks on northerners in the East

How have you people been faring, given the security situation in Enugu and the South-East?

We pray God’s intervention puts an end to this peril because the situation is not palatable, especially in the five Igbo speaking states of Ebonyi, Anambra, Enugu, Abia and Imo. There is no peace of mind. Many of those who have lost homes are the Fulani. I say this because we’ve been living here in Enugu since the administration of former President Shehu Shagari. Our children, wives and properties are here, but the situation now is hellish. As we speak, there is no Fulani settlement in Ebonyi, except those Fulani that trade inside the town.

In Abia, we are lucky to still have one Fulani settlement and this is because it is located in a neighbourhood close to a military barracks. That has given us some relief there. In Anambra, there is no single Fulani settlement but we have some herders there. In Enugu, we have people here. The Enugu State Government is trying though and that is why there are still Fulani and some Fulani settlements here. We are seeing what the governor is doing, and we commend him for that.

But we observe that before the government initiated the Forest Guards, things were easy going; but now, we think these things happening here are fallout from the creation of the Forest Guards, going by our understanding. However, some people are saying IPOB is responsible for all these troubles, but we cannot differentiate between Forest Guards and IPOB. Before now, the Fulani when they destroyed farms, they paid and if the citizens also killed our animals, they paid, but surprisingly, all those things are no longer there.

As I speak with you, there are many forms of hardship that the Fulani people are faced with.

A few days back, some northerners threatened to stop transporting goods from the north to the South-East…

(cuts in) … We will appreciate it if this is done because we were born here, we live here, our livelihood has been here; then suddenly, they want to send us packing from here. Definitely there is no justification for this.

How many of your people have been killed during such attacks?

Last year, a Fulani settlement was razed and none survived out of the 22 or 23 people there. In another instance, a family was wiped out, then six were killed. We have many of such stories. But for the help of God and the authorities, there would have been a messy situation. The most annoying thing is the threat to ban open grazing in this part of the country. For instance, if they say they will stop us from rearing the animals and insist that we must ranch, do you think in the South-East there is a place that a northerner will get a place for his 10 cattle? These are some of the nagging questions that annoy us.

If we were better educated on how to rear cattle or government takes our children and gave us some kind of nomadic knowledge or taught modern methods of rearing our cattle, then, this will work out fine in the future with our people, but there is nothing like that.

This year, it was said that the government gave support to those affected by flood, but there is no Fulani here in the South-East or even Nigeria at large who benefitted from that support. Is it that the government has forgotten about us? We don’t know. Before now, the Fulani people paid taxes on cattle but these are no longer in effect. Is this the reason for these attacks? Previously, Fulani leaders, that is the ‘Ardos,’ settled disputes between Fulani and others because they know everybody, but now, they say it is the councillors who are not more than 25 years old that will give verdicts on behalf of the government. So, I think there should be an amendment on this part.

Why do you think the Fulani and other northerners are being attacked?

We know that it is because of our wealth that they attack us. They have never told us the reason for attacking us. If they  tell us, we will know, but everyone knows our occupation.  Anytime there is a crisis, they will involve the Fulani and we say, we don’t mind, if any Fulani is culpable, he should be punished and we will not object to that because we have never objected to offendees being punished. If someone is a culprit, let it be established, but any criminal that is caught will just be labeled a Fulani.  That person’s identity will not be unmasked and you will hear nothing about it again. Why is it that the person’s identity will not be made public, even after realising the offender wasn’t a Fulani? This is bad. We are hurt by that identity crisis.

Do you think it is a ploy to force you out of the South-East?

Sometimes, some things become compulsory. If you chase an antelope it runs into the forest for safety. In Abuja, in the north, you cannot have the grass to feed your cattle except you buy corn chaff to feed 30 or more of them; so, it is not by choice that we are here, but a matter of compulsion and the environment. We call on the government to look into our plight. We don’t want them to label all Fulanis as bad eggs. I know that there are bad eggs but not all Fulanis are bad. We  have bad eggs in other tribes as well. Why is it that when other tribes commit offences, they are not mentioned by their identity, but the Fulani? We want the government to look into this. I want to call on the government to give the Ardos more power because they give orders and our people obey. There is the need to return the authority to them, so they can act fast to normalise the present ugly situation.

We need peace. I therefore advise that the government correct this mistake of sidetracking the ardos. We need peace because we have our families and wealth to protect. When there is crisis, where are we going to live?

Who do you think are the perpetrators of violence against the Fulani?

We don’t generalise. With every tribe, there are bad eggs, so why not unite and fish out these bad eggs? They will kill those who don’t know anything about the ugly incidents… those who destroy their properties and burn houses. Just today, some Fulanis were killed and several others arrested. We were told that it is IPOB, but there are Forest Guards who we suspect to be behind this, because before the creation of these Forest Guards, when we destroyed farmlands we paid, and when they kill our animals, they paid, but now nothing.

Are security agencies doing enough to protect lives and properties in Enugu and other states in the zone?

Even security agents are not safe from attacks in the South-East.

Can you quantify what your people have lost in terms of properties, money, cattle?

In terms of cattle, they have killed more than 400. In some Fulani settlements, they may kill more than 22 and sometimes five, eight 10 and so on.

Are your people thinking of leaving the region?

If the government will protect us, we won’t leave, but the problem is, you have to buy animal feed in the north. Our animals don’t get enough food. If you have 10 cattle, you have to sell five to feed the remaining with the proceeds. It’s not that we don’t like the north but it is about the issue of their feeding. So, we will still be here, however, we are pleading with the government to put measures that will checkmate these excesses. Our main concern is for them not to ban open grazing because that is our livelihood. We are pleading with them to allow us to continue with our business.