Mali: More than 800 displaced after attack on Sobanou-Dah and Djoumba-Peulh villages 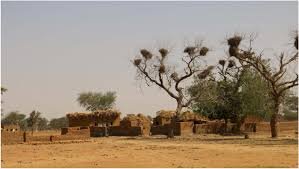 On the night of 9 to 10 June, unidentified armed individuals attacked the village of Sobanou-Dah, located 43km north-east of the town of Bandiagara.

During the attack, 35 people, including 24 children, were killed while another 60 were reported missing, according to a statement from the Government of 12 June. A total of 9 wounded including 4 children were recorded according to the same source. In addition, about twenty boxes and about thirty granaries were burned.

The village of Sobanou-Dah had about 429 people before the attack. More than 330 people among the survivors moved to the Koro Circle.

Another attack occurred in the village of Djoumbo-Peulh, in Bandiagara district, on June 10. This attack resulted in the displacement of about 500 people including 310 children to Sévaré.

Since June 10, several missions of the Malian authorities have visited affected people to inquire about the situation and assess their needs. On June 12, humanitarian organizations working in the Mopti region also carried out a rapid needs assessment mission to Sobanou-Dah to better tailor their actions to the response provided by the Government.

Although the violence of the attack on the village of Sobanou-Dah is singular, the latter is unfortunately one of many examples of the deteriorating situation in the center. For several months, security incidents in the Mopti region have been recurrent and continue to affect more and more civilians. Populations are sometimes reluctant to move because of insecurity, severely restricting access to basic health care and severely impacting living conditions. The humanitarian crisis caused by conflict has reached an alarming and unprecedented level today.

The consequences of the combined conflicts for the humanitarian needs of the current agricultural lean period are increasing the number of people in need of emergency assistance in the center of the country. According to the March 2018 Harmonized Framework analyzes, more than 312,000 people are in crisis or food emergency in Mopti (256,000) and Ségou (56,000 people), or 56 percent of the affected population in the country. . In addition, more than one million people in the center are at risk of food insecurity and could switch to crisis or emergency at the least shock.

The financial resources available remain very limited in the face of increasing humanitarian needs. Only 22 percent of the $ 296 million sought through the humanitarian appeal for 2019 is mobilized to date.

Most of the survivors of this attack remain traumatized and demand better protection. Most of them need psycho-social follow-up to recover from the violence experienced.

Health care, food, non-food items (clothes, cooking utensils, dignity kits, berths …), drinking water, hygiene and sanitation products and shelter have been identified as the priority needs of survivors and displaced persons as a result of rapid assessments conducted by the Malian authorities and humanitarian partners.

Injured people are medically and nutritionally supported in health facilities by the state with the support of humanitarian partners such as WHO, UNICEF, COOPI and WFP.

The Government has mobilized five tons of food for Sobanou-Peulh survivors and internally displaced persons.

UNICEF, IOM and UNHCR have positioned themselves to provide tent assistance.

On 13 June, WFP assisted 501 displaced people in the town of Sevaré in 89 households. A food ration of 10 days of food (legumes, oil, salt and energy biscuits) was distributed to these displaced persons following the attack on the village of Djoumbo-Peulh.