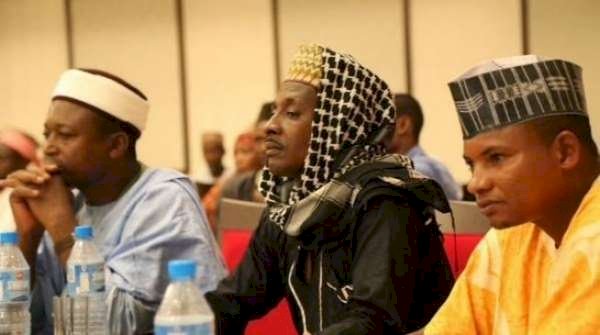 Northern govs insensitive to our plight

The National President of Miyetti Allah Kautal Hore, Bello Abdullahi Bodejo, has dismissed a letter trending in the social media from his organisation to the President General of Ohanaeze Ndigbo, Chief Nnia Nwodo on nomination of Ambassador George Obiozor, as his successor.

According to Bodejo, the intention of the letter was to tarnish their image and pit them against the Igbo. In an interview with TheSun, the leader of the Fulani socio-cultural association noted that insecurity is now forcing herdsmen to leave Nigeria to other countries. He absolved Fulani of banditry going on in the Northwest.

There is a letter trending in the social media purported to have come from Miyetti Allah on Ohanaeze election, are you aware of it, did it emanate from your organisation?

I was surprised when I saw the letter said to have emanated from Miyetti Allah Kautal Hore. Why are people so wicked and desperate to go to the extent of forging the said letter? How do people always like to put us in the negative in order to attract hatred to our people and achieve political point? The letter was forged. They used different logo and then put our telephone number and address. So, it is not our letterhead. We don’t know anything about the letter.

The people who did that are desperate; they are trying to cause disaffection between us and the Igbo. What is our concern or business with Ohanaeze election, or they want to us to cause problem among the Igbo? In Imo State, we have a good relationship with the governor, who appointed one of us as Ambassador for the Fulani. It is the handiwork of mischief-makers. Using our organisation to destabilize the Igbo or any other people is not what we can tolerate. The police should identify the people responsible and go after them. We are not involved in politics, so let no one use our association to settle political scores. We are calling on the public, especially the Igbo to ignore the said letter; we also urge our people to continue to live in peace wherever they are.

We don’t have problem with the Igbo, South-South or Southwest. Politicians are just causing problems everywhere, using blackmails and all sorts of dirty tricks to achieve their aims, but I implore them not to link our organisation with their politics.

How is the security situation in the country affecting your people?

It is terrible. Day before yesterday (Monday), in Nasarawa State, some bandits killed five-year old girl, shot three others, including a Fulani youth; as well as kidnapped two other women. The two women they shot are at a hospital in Keffi now. People will say the bandits are Fulani, but look at how they are killing Fulani people.

I don’t want to say more about this insecurity in a country where we have president, where we have service chiefs. I plead with the security agencies, especially the Inspector General of Police to provide security to Fulani settlements because we are worst affected or victims of these attacks by bandits.

As I speak to you, many of our people are leaving Nigeria for Ghana and other neigbhouring countries because of this high level of insecurity. From Nasarawa, many of them are leaving to Central Africa because of insecurity. Almost 10,000 people have left Zamfara and Kastina and they are headed towards Taraba to Cameroun; you know there is international cattle route.

You launched a security outfit in July this year, so the vigilante group has not been able to protect your people?

The Miyetti Allah vigilante is still at the process of taking off fully, but we are not being encouraged. However, with this high rising insecurity, the time has come for the government to begin to encourage us. I told you we were compiling the list, but we already have almost 1000 people who want to join the security outfit.

We want to collaborate with the Nigeria police, civil defence to smoke out the bandits out of the bush. The Fulani security will enter the forests where the army and police cannot enter. There is no forest that we cannot enter. So when the security agencies collaborate with our vigilante outfit, they can help to halt or reduce the activities of these bandits who are operating from the forests.

Right now, our people have problems; they don’t have areas for grazing, they don’t have places to give their cattle water and they are leaving the places they used to settle for other countries. This 2020 has not been a good year for my people because of how things have been going on in this country. We are facing numerous problems – insecurity; farmers, who see the herdsmen as their only problem.

If your people are leaving the country because of insecurity as you claimed, how will Nigerians get supply of cow meat?

Let everybody know this, no matter how Fulani are suffering, no matter how some communities are killing them, their cows can never end, because it is blessing God has bestowed on them. If not so, the rate their cows are being killed everywhere, by now, there would not have been any cow for Lagos that slaughters about 6,000 cows everyday. So, God has already blessed them wherever they go. They are leaving the country, and everywhere they go, they are blessed. I traveled to Ghana for a very important meeting with Fulani brothers in Central Africa; Fulani have problems, but the problems differ from country to country. If you see Fulani move from Nigeria to Central Africa, they have brothers there. Every Fulani in Nigeria has an uncle, brother, sister in Central Africa, Niger, Cameroun, etc. So, wherever you see Fulani in Nigeria, don’t think that is his end; he has brothers, cousins, uncles, nephews in other countries – Ghana, Burkina Faso, Niger Republic, etc. Fulani are one; they are doing one activity. What is affecting Fulani in Nigeria is affecting the Fulani all over the world, especially the Central Africa. They are somehow wirelessly connected, they are well organized.

It is alleged that the bandits killing people in the North are Fulani?

Fulani know themselves; like in some places, if they suspect someone, there is no need to bring in the police, there is a way the suspect is identified. There is one Fulani culture, which they fear more than the police or any security man in the world. The culture is called Fulaku. If a Fulani person goes contrary to this culture, he is doomed; he will not go free, he will not succeed in whatever he is doing. Because of Fulaku, for example, if a Fulani leader orders all Fulani to leave a particular place or to leave the country, no single Fulani will disobey. Because of Fulaku, the bandits if they were Fulani cannot kill fellow Fulani and steal his cattle. That is why I’m always in pains when people say the bandits were Fulani. This culture is powerful and has been there for centuries and we are not going to abandon it. If not Fulaku, nobody can control Fulani. If you draw a line and say no Fulani should cross it, they will obey because of Fulaku; everybody must stand there, nobody will step a foot to cross the line. It is only this Fulani culture that remains and has not been adulterated or politicized, that is why we are calling on our people to be very patient, calm down and live in peace wherever they are.

Like I said earlier, our people are leaving the country and we have lost over 27 million cows from 2010 till date because of lack of leadership as shown by the Northern governors. None of them is doing anything good for the herdsmen. That is why sometimes I don’t blame the southern governors no matter how they treat the Fulani because our own Northern governors don’t take us for anything; they don’t do anything to help us. They have never taken any action to help our plight.