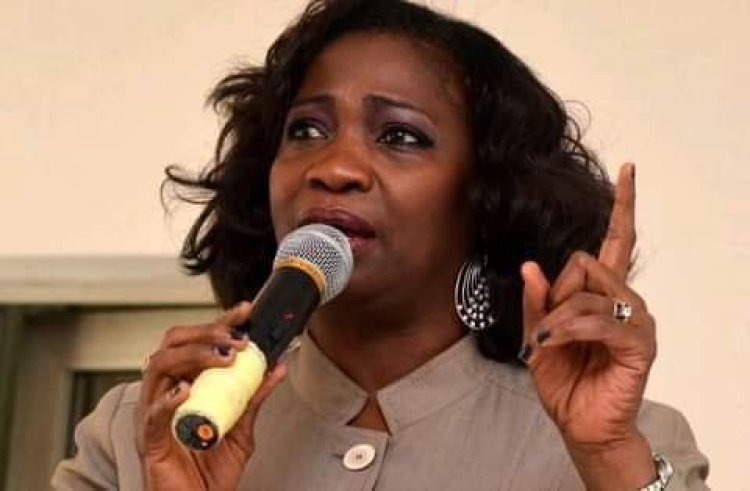 The Chairman of Nigerians in Diaspora Commission, NIDCOM, Hon. Abike Dabiri-Erewa, on Tuesday, asked Nigerians residing abroad to ignore the pockets of security threats in the country and double their investments at home.

Dabiri-Erewa, who made the appeal while briefing journalists on the preparation for the 4th Nigeria Diaspora Investment Summit billed to hold from November 16 – 17 in Abuja, stated that targeting Nigerians abroad for inward investment was the best strategy to help the country achieve economic growth and transformation.

Though the drop was blamed on the COVID-19 pandemic and the heightened security challenges in the land, the latter has increased Nigeria’s risk profile exponentially.

But Dabiri-Erewa argued that unduly harping on Nigeria’s security problems would further demarket the country before potential investors, and l prove counter-productive to the Federal Government’s quest to increase Diaspora Direct Investment.

She said: “The government is not sleeping. All hands are on deck to ensure that the security situation is brought under control. The good thing is people from other countries are coming to invest in Nigeria so why shouldn’t our citizens in the Diaspora do the same?

“We should stop de-marketing our country. Nigeria is not the only country with challenges. For instance, when I was in the United Kingdom, a parliamentarian was killed, among others but they didn’t say because of that people should stop investing in their country. So we should stop discouraging ourselves”.

Speaking on the primary aim of the summit, Dabiri-Erewa explained that the initiative was designed to demonstrate that at a time when competition for FDI was at its fiercest, targeting Nigerians in Diaspora made more sense than wooing other foreign nationals to invest in the country.

According to her, “This is further corroborated by the fact that a number of first and second-generation Nigerians in Diaspora are among a narrow but growing demographic band, experiencing increased wealth with more disposable incomes in the societies where they reside.

“Typically, they have paid off their mortgages, grained their children through college and are either retired or retiring, with a longing for self-actualisation by way of leaving a legacy for the next generation.

“Unlike the foreign investor, they are likely not to become overly influenced by the negative risk profile of the country but are motivated by a sentimental attraction, a strong desire to give back and help in developing the home country for their children and grandchildren. They know the terrain, are familiar with the risks and are thus easier to attract as investors”

She also noted that the summit would underscore the fact that the $25 million annual remittances from the diaspora to Nigeria, represented game-changing leverage for the country as the economy seeks to exit recession and head pursue sustainable growth.

The NIDCOM CEO disclosed that the theme of this year’s Nigeria Diaspora Investment Summit would be ‘Diaspora Partnership and Linkages for Post-COVID Economic Growth’, and added that it would also attract over 5000 participants and 800 core investors across the globe.