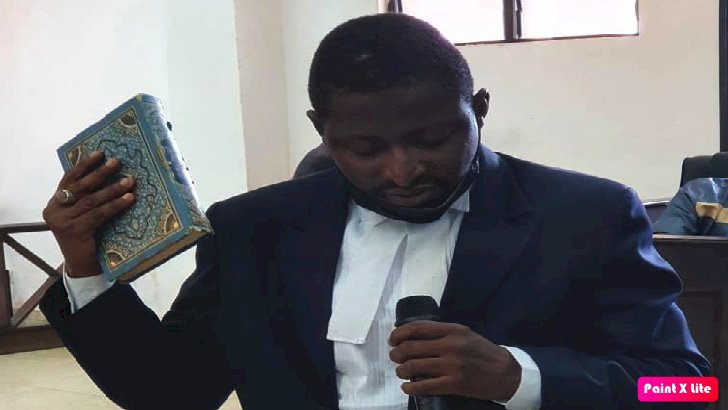 He said that they were promoted after a rigorous assessment and evaluation process and all of them were found suitable in all respect for elevation and to be entrusted with more responsibility in the administration of justice.

His Lordship the Chief Justice urged the newly promoted magistrates to exercise utmost diligence in their work, to devote time to continuous learning to improve their knowledge of the law. He further urged them to learn from the expertise and wisdom of their seniors as wisdom is an important element of judicial decision making. Above all the Chief Justice exhorted the judicial officers to live up to their oaths and to exercise and display utmost honesty and integrity in their work. Honesty and integrity are the most important attributes for judicial officers and no compromises will be entertained on that score.

He also implored them to continue to be guided by the need to be expeditious with their cases and be fair to all persons that come before them.
The Hon Chief Justice also pointed out that the nature of the judicial process is such that some delays are inherent in it. He said on the one hand justice delayed is justice denied but on the other hand justice rushed can also lead to miscarriage of justice. He therefore urged them to strike a very good balance between the two to ensure there are no unnecessary delay.

The Chief Justice said every Judicial Officer is overwhelmingly overloaded with cases. Each carrying more than a hundred cases which is an unreasonable number for any judicial officer to deal with. He therefore called on government to continue to invest in the expansion of the Judiciary both in terms of infrastructure and manpower so that a number of cases each judicial officer has could be reduced to a reasonable level in order to enable the judicial officers concern to attend to cases expeditiously and competently.
He said there are plans to organize an induction programme for the elevated magistrates to give some understanding of their additional responsibilities and the skills needed in dealing with those additional duties.

The Chief Justice also said that there will also be a review of their postings to make sure that they are spread throughout the country in order to attend to cases in all the jurisdictions within the country.

Speaking on behalf of his colleagues, His Worship Omar Cham, Chief Magistrate, thanked the Judicial Service Commission for facilitating their promotions to their respective positions. He reminded himself and his colleagues that to whom much is given much more is expected. He also assured their continued work in the administration of timeous justice and execution of their new functions.
The swearing-in ceremony was held at Court Room No.1, Superior Courts Complex, Banjul.