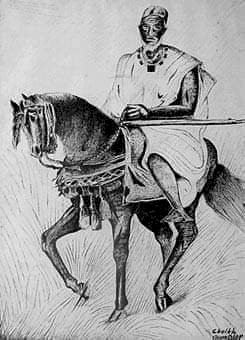 The Fulladu Kingdom which was located in present-day Gambia & Senegal, was established in 1870 after the people of the Fulani tribe overthrew the Kaabu Empire. One of the men who figured prominently in bringing about the fall of Kaabu was Alpha Mollo Baldeh. Originally known as Molloh Egge Baldeh, he was given the title "Alpha" and the leadership of Fulladu from the Almamy of Timbo as a reward for his leadership and assistance in the Fula campaign against Kaabu.

During his reign, Alpha Molloh divided the 48 small mini states which comprised Fulladu into five major provinces and placed four of these provinces under chiefs of proven valour. These chiefs served as regional governors and also acted as local judges. One of these chiefs was Alpha Molloh's brother, Bakari Demba Baldeh, who governed the province of Jimara while Alpha assumed direct rule over Firdu. The other provinces were Mambua, Patinkuta and Kamako. While Alpha Molloh was reigning he invited a number of Marabouts to Fulladu with the intention of extending Islam throughout the Kingdom. However, he died at Dandu, present-day Guinea-Bissau in 1874.

Oral tradition has it that when the famous Tukulor Marabout, Alhaji Omar Taal, initially visited Alpha's house, his wife greeted him very welcomingly. Alhaji Omar was predicted that her son, Demba Kunba Wude (Musa Molloh), would one day be king. Alpha Moloh and his son, Musa, expected Musa to succeed to the throne of Fulladu because of the prediction. However, when Alpha died the religious elders of Fulladu met to choose a new leader they chose Bakari Demba who subsequently placed his capital at Korop in Jimara in today's Senegal.

With hesitancy Musa reluctantly agreed to accept his uncle as king, but only on the condition that he would continue the policies of his predecessor. However, once he was on the throne, he threatened to dismiss the chiefs and become the only authority with power. He drove several Marabouts out of his kingdom and tried to return the area to animist beliefs and practices. Bakary Demba governed for 12 years during which time he had the cooperation of Musa Molloh and his son Dansa Sajel and Dikori Kumba who was his brother.

freestar
In the final year of his reign, however, Bakari became increasingly aware of Musa's opposition to his policies. Meanwhile, Bakari Demba was now facing growing opposition from several subsidiary rulers of Fulladu including Alpha Mbuko of Kolda Karantaba. He and other Fulani's violently objected to mixed Fulas being the sovereign of the region and were prepared to go to battle over this. The Baldehs decided to take the chance and march on Kolda Karantaba and suppress the uprising.

However, when Musa Molloh was ready to go to Kolda while leading his soldiers Bakari Demba and Musa's brother Dikori, refused to accompany him. Musa's soldiers had warned him that Bakari and others had intended to be treacherous and were planning to desert him at the height of battle. He was advised to get the assistance of Sheikh Sadibu Haidar who told him that he would be victorious. After 6 days of fighting in Kolda he routed the pure Fulas.

After other skirmishes and battles with the armies of the Mandinka war leader Fode Kaba Dumbuya, Musa returned to Fulladu determined to extinguish all forces opposed to the prophecy of his heirs kingship. He started by getting his brother, Kikori Kumba, out of the way. He then marched on Bakari's town of Korop which was vanquished but Bakari escaped to Niani where he remained in exile until he was later allowed to return.

The only remaining opposition was Danso Sajel who was assassinated after talk that he was preparing an army against Musa from Futa Jallon. Thus with this final victory Bakari Demba's reign had been ended and Musa became the king of Fulladu. Musa Molloh was a warrior King of Fulladu and leader of the Fulani independence movement in the Senegambia region in the late 19th century. At the height of Molloh's reign he ruled over 45 provinces in what later became areas in parts of Gambia, Senegal, Guinea and Guinea Bissau (West Africa). It was skirted by the Gambia River to the north and to the south it extended to the Cacheo River and continued at some points to the Rio Geba in present Guinea-Bissau.

freestar
Taking opportunity over the grievances of the Fula living under oppressive Mandinka rule and the leadership gap left by the raids of Fode Kaba on the south bank of the Gambia River, Musa Molloh and his army of 20,000 soldiers moved through Niamina, Tumana, Jimara, Europina then south onto the Portuguese territory of Casamance. Coming back to The Gambia in 1879 he came over with the alliance of 2 leaders of significant Fulani states: Bakari Saada of Bundu and Alpha Ibrahima, Almamy of Timbo. Fighting together they captured Kantora, Niani and Wuli. The majority of the Mandinkas had fled before he reached these areas and as a result the areas now became jointly known as Fulladu.

Towards the end of the 19th century the British and French were making attempts to get control of the inland area of Senegambia which made Molloh's job of maintaining his authority on his newly acquired lands more complicated.

The French though saw in him a useful ally that they could control to govern vast areas of land by proxy. In 1883 he signed a treaty with the French putting Fulladu under French protection. In 1894 the he agreed to divide half the taxes collected in Fulladu between himself and the colonial government as well as allowing them to build a post on his lands at Amdallai.

Despite the outward appearance of co-operation Musa was playing a game of double dealing diplomacy and was in discussions with the British as well. He tried to play one side against another.

freestar
When the French realised this they coerced him to sign another treaty in 1897 in which they had total control over him and he was answerable to them for all his decisions. However, relations remained strained until in 1903 he was told to go to Saint Louis in Senegal over charges of misconduct. He refused to go and promptly burned down Amdallai's building and took the population with him to today's Gambian part of Fulladu which was under British protection. He later settled in Kesser Kunda near Janjangbureh where he lived for many years.

In 1919 things deteriorated when some of his womenfolk complained to Cameron, the then British Governor about Musa Molloh's mistreatment and even murder of some of them. He was later arrested in Banjul and exiled to Sierra Leone until 1923 when he was allowed back to The Gambia on the condition that he did not get involved in any government business. He died in 1931 at Kesser Kunda. 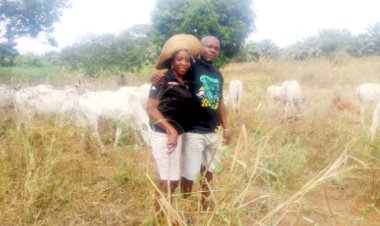 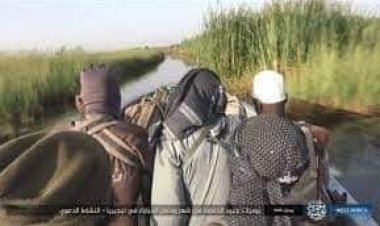 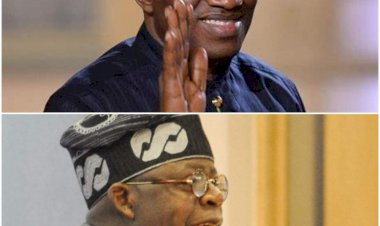 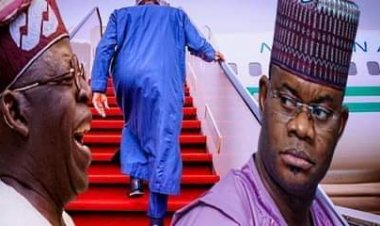 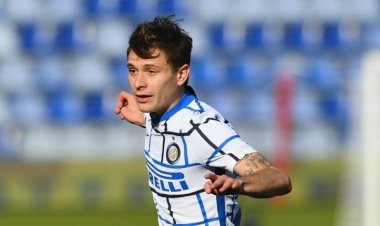