Fall of IBK: The danger faced by a Mali at war against Jihadism 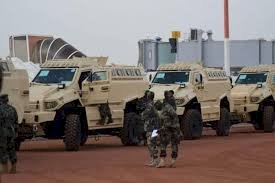 Who is the messiah who will pull Mali out of its inertia to propel it up the ramps of development? President IBK has resigned from his presidential office, but is not Mali exposed? Doesn’t a boat without a captain run the risk of rocking in the middle of the ocean?

Obviously, nothing has been taken for granted yet with the fall of IBK because not only is it unclear what will happen to the soldiers who have taken power and who promise to ensure a period of democratic transition, but also and above all who has the profile to meet the challenges of the hour.

Indeed the disintegration of Libya by Colonel Gaddafi will have plunged Mali into an inextricable mess. Armed groups swarm there like no other. Under the UN banner, Minusma maintains order there.

Killings are rife there and the state is unable to provide security. Thus, faced with such sub-regional instability, Malians run the risk of making a bad choice about their future leader.

Because, for several decades, the powers which pass to Maline only waver before being defeated by the military. In the war against the Jihadists, the Malians have an imperative duty to carefully consider their choice if the military ensures a democratic transition as promised.