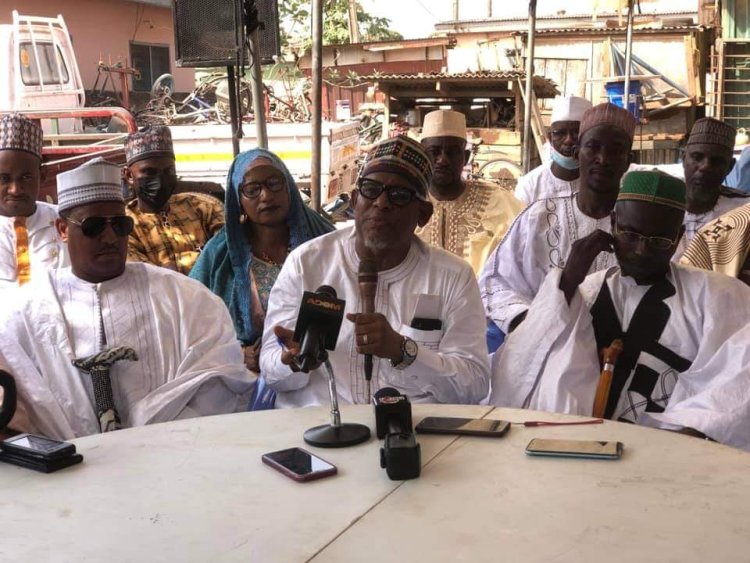 Good day to everyone the leadership of Tabitaal Pulaaku International Ghana Chapter come before you this morning with a very heavy heart. Our heart is full of sorrow, melancholy and hopelessness, because the very people mandated to protect the lives and property of Ghanaians are the ones destroying these.

A matter of grave concern to us at the Secretariat is the unprovoked, unwarranted and inhumane extra judicial killings of Fulanis by the Ghana Police Service.

If you would recall, somewhere in October particularly on the 24th, 2021, we issued a presser on the abduction of the Fulani Chief of Sawla Tuuna Kaaba by some renegade members of the Ghana Police Service, they subsequently abducted two others at different locations, took them to a remote location and mowed them down with automatic rifles.

Fortunately enough for us, the Chief didn’t die and managed to escape to tell his story. We subsequently carried out our investigations to corroborate his story. The Ghana Police however, in a cover up bid, issued a statement that the chief and the other two, were notorious armed robbers and had engaged in a shootout with the Police. This is false and unfounded.

Every time this happens the Police Service comes out with the same explanation that they were suspected armed robbers and so they were killed. Our question is, is it the position of the law that all suspected criminals should be abducted from their homes in the middle of the night, handcuffed and murdered in cold blood on the way to the Police Station? Or is it the norm that all suspects must be shot dead without recourse to the laid down legal procedures?

Is it the case that any time a Fulani is arrested then they must be shot? Even when unarmed? I would like to say without admitting that even if those killed were criminals, they should have been prosecuted under the laws of the land.

A description that is fictional and untrue. We fear that the situation could degenerate into an institutionally orchestrated genocide against Fulanis if the government doesn’t take the necessary steps.

We have petitioned the Minister for the Interior, the Inspector General of Police and in some regions, the Regional Ministers. We remain resolute in our commitment to ensuring peaceful coexistence between our people and all Ghanaians but if something is not done urgently, that could turn out to be a mirage.
We are grateful for your attention.

Thank you all very much for taking time off of your busy schedules to grant us this audience, may Allah bless and keep us safe.

We are one people, one nation with a common destiny.