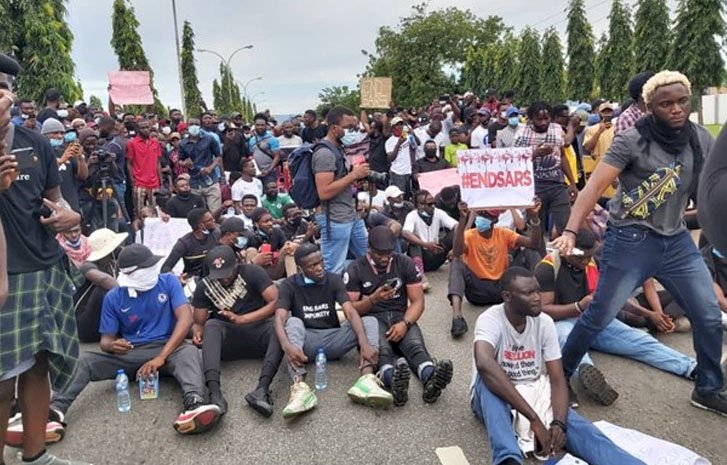 The Supreme Council for Sharia’ah in Nigeria (SCSN) has accused the United Kingdom, United States, Canada and some other countries of bias against Nigerian Muslims.

Addressing a press conference on Thursday in Abuja, the leadership of the council claimed that those countries often take positions without interrogating all sides of claims.

“We are deeply concerned about the one-sided positions often taken by Nigerian allies, such as the UK, US, Canada etc, without recourse to verifiable evidence.”

Muhammad Bin-Uthman who read the text of the press conference on behalf of the group’s secretary general, Nafi’u Baba-Ahmad, called for “restraint, impartiality and commitment to truth and fairness in taking positions on issues affecting Nigeria.”

The three countries mentioned by the council have issued statements condemning shootings of protesters at Lekki toll gate in Lagos on Tuesday. They also called for an end to the violence that has resulted from the crackdown on protesters nationwide.

The group alleged that the #EndSARS protests changed from “a patriotic undertaking into a religious and regional conflict” due to “unguarded utterances” of some Christian clerics. Mr Bin-Uthman did not mention any names.

The group said Muslims and their property came under attack by violent mobs in the wake of the #EndSARS protests due to the alleged inciting comments.

“It is unfortunate and disheartening that some individuals, including notable Christian clerics, rather than cautioning their followers and help contain the escalating violence, they instead aggravated it through their unguarded utterances. We strongly believe that those utterances, sometimes from the pulpit, helped in turning what was presented as a patriotic undertaking into a religious and regional conflict as we are witnessing now.”

The SCSN cited the examples of encounters in places such as Apo and Dutsen Alhaji in Abuja; Port Harcourt in Rivers State; Sabon Gari in Kano; Aba in Abia State and widespread violence in Lagos as examples of precipitated attacks against Muslims in the country.

“There were attacks on Muslim businesses in Jos, the Plateau State capital, including a branch of Jaiz Bank Plc, an Islamic bank. In Kano, many shops were looted and razed, including a newly opened Galaxy Mall on Igbo Road.

“In Lagos, prominent Muslims were attacked and their businesses torched. The Oba of Lagos had to be rescued out of his palace and the building looted and razed down. It is not difficult to see the motives of the mob,” Mr Bin-Uthman said.

Contrary to the narrative of the group, however, angry mobs and thugs attacked police officers, other citizens as well public and private properties irrespective of the religion or ethnicity of the victims.

The violence worsened after security operatives attacked peaceful protesters in Lagos, Abuja, Oyo and other places.

The SCSN called on the government to bring the altercation to a stop and prosecute all those who participated in the carnage.

The group also called for comprehensive police reform and implementation of the commitments made by the government.

“All those who were affected should be adequately compensated, and killers of those who died must be brought to justice in an open and transparent manner.”

“We condole with the families of the deceased police officers and all other victims who lost their lives in the hands of the callous protesters. We condemn in strong terms the barbaric way in which some of this security personnel were killed for no offence other than serving their country.

“Governments at all levels must take decisive steps to ensure cessation of the ongoing atrocities and bring to justice all those who have hands in the attacks on innocent citizens. Government must live up to its responsibility of safeguarding the lives and property of all citizens, wherever they may be,” the SCSN said.