BREAKING: The former president of the Republic of Niger *El-Hadj Tandja Mamadou is dead* at 82 years 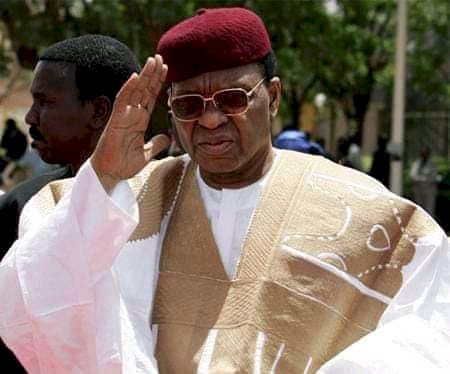 Lieutenant Colonel (ret.) Mamadou Tandja (born 1938[1]) is a Nigerien politician who was President of Niger from 1999 to 2010. He was President of the National Movement of the Development Society (MNSD) from 1991 to 1999 and unsuccessfully ran as the MNSD's presidential candidate in 1993 and 1996 before being elected to his first term in 1999. While serving as President of Niger, he was also Chairman of the Economic Community of West African States from 2005 to 2007