African Union calls for the return of civilian rule in Chad 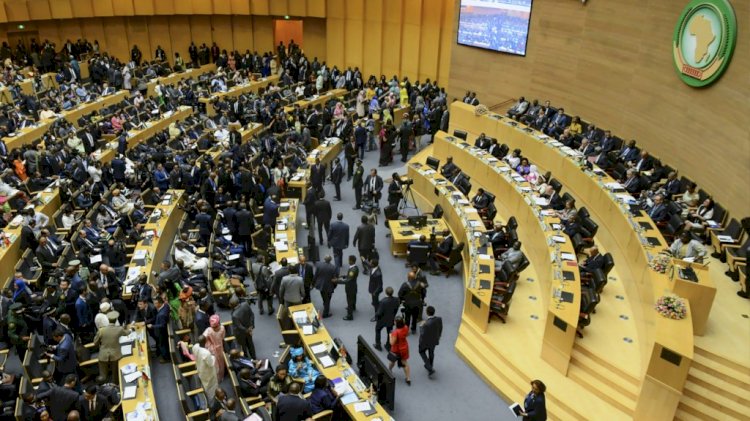 The African Union (AU) has called for the restoration of civilian rule in Chad on Friday evening after General Mahamat Idriss Déby took power this week following his father’s death.

The AU Peace and Security Council, which is in charge of peace and security matters within the continental organization, issued a statement expressing “grave concern” regarding the creation of a military council led by the late president’s son.

Idriss Déby Itno, 68, who ruled the country for 30 years, died on Monday as a result of wounds suffered at the front against rebels in the country’s north, according to the presidency.

The regime of Idriss Déby was regarded as an important partner in the war against jihadists in the Sahel by the West, especially France, the former colonial power.

His funeral took place in N’Djamena on Friday, in the presence of a dozen heads of state, including French President Emmanuel Macron, who urged the new government to support “stability, inclusion, dialogue, and democratic transition.”

Mahamat Idriss Déby, 37, has full authority since dissolving the national assembly and government, but has pledged new institutions after “open and fair” elections in a year and a half.

The African Union Peace and Security Council convened on Thursday but did not deliver a communiqué until after Friday’s funeral.

“I was a millionaire when I married at 18” – Omotola Jalade advises on financial...

Former Japanese PM Shinzo Abe dies after being shot during...