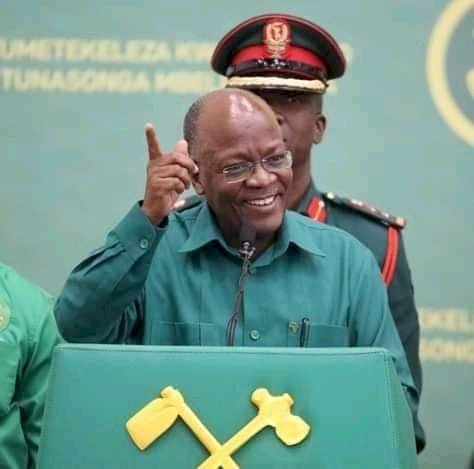 -  March 20, 2021, Saturday, the body of the late Magufuli will be transported from Lugalo Military Hospital to St. Peter's Osterbay church for worship and prayers, later, on the same day the body will be removed from church and sent to Uhuru Stadium, in Dar es Salaam where different leaders of Tanzania and other nations will have time to say goodbye and farewell to Dr. John Pombe Magufuli.

- The body will remain on Dar es Salaam till March 21, 2021, Sunday, where Normal citizens and people of other nations will be given a chance to say goodbye and farewell to their beloved leader the late Magufuli at Uhuru Stadium.

- On Tuesday, March 23, 2020 the body of the late Magufuli will bid farewell and goodbye in Mwanza City (the city located on North West in Tanzania near Lake Victoria). Where also citizens will get a chance to say goodbye.

- On Wednesday March 24, 2021, the body will be transported to Chato district  his hometown in Geita region. Magufuli was born and raised in Chato. Citizens on that area will also be given the chance to say goodbye and farewell to their comrade, their friend, their former leader, their schoolmate, their neighbor. This is because Magufuli used to go and have holiday in his hometown Chato.

- On March 25, 2021 will be the last day of Magufuli's Journey on Earth whereby he will be buried in his hometown Chato. And people have time to say that last goodbye. And this will be the resting day to all Tanzanians.

Magufuli before his death, he used to say on public during his speeches that:
"When I die I want be buried in my hometown 'Chato', I want to be buried near my father, I don't want be buried on a white house because I have a place called home"