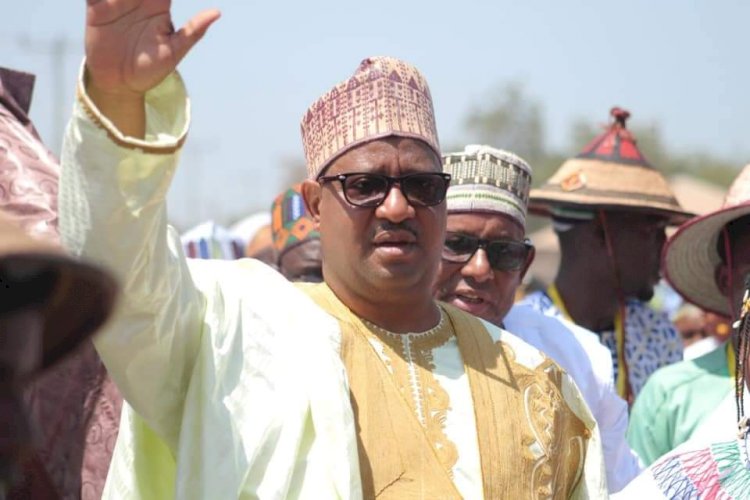 According Mr Yakubu Musah Barry ( Association Secretary ) “leadership of Tabital Pulaaku International Ghana, have stated that the Ghana police’s action of arresting the fulanis chief in Donkokrom is illegal, they are not armed robbers as being rumoured by some media houses.”

He narrated the ordeal of the kidnapping of  three(3) fulanis at a community called Akotime ,and the leaders reported to the police at Donkokrom about the kidnappers demanding huge sum for their release.

After waiting for 13 days the police ,have not made any attempt of arresting the kidnappers .

The fulani chief of Kwahu Afram plains North District Donkokrom, decided to mobilize his people to go and search for their brothers whom have been kidnapped and are in the bush—when they got set to move to the bush in search of their brothers ,the police came and arrested them whiles parading them as armed robbers meanwhile the police commander is aware of what promoted their move to rescue their people when the police themselves were not ready to make any move to go to the bush and get their people from the kidnappers.

We have held consultations, at the end of which we are appealing to the Acting Inspector General of Police, Minister of The Interior, Minister for National Security and other institutions to launch a thorough investigation, to free those people,  and to hold all the criminals who committed such heinous crimes accountable.

Over the past few years, teams from Tabital Pulaaku International Ghana have been touring the nation and bringing together crop farmers and Fulani Cattle herders to share ideas on how to curtail violence by formulating strategies for a peaceful coexistence between the farmers and herders. As a result, some of the lawless attacks on innocent Fulanis which had resulted in the loss of limbs and lives had been resolved through traditional mediation and for the greater good in order for peace to prevail, Police investigations into some the most heinous attacks on Fulanis which led to some losing their entire livestock and in some cases lives, are still inconclusive after several days, months and years.

How long shall Fulanis be victimized, robbed and killed with impunity?

For how long would the Fulani Chiefs, Opinion Leaders and Groups be capable of assuring the victims to trust on authorities to provide protection, guarantee their human rights and to ensure that justice is served?

In conclusion, we would like to appeal to Eastern Regional minister to aide In resolving this issue.