The Bab Dukkala Masjid: Founded by the Fulani Female "Saint" of Morocco. 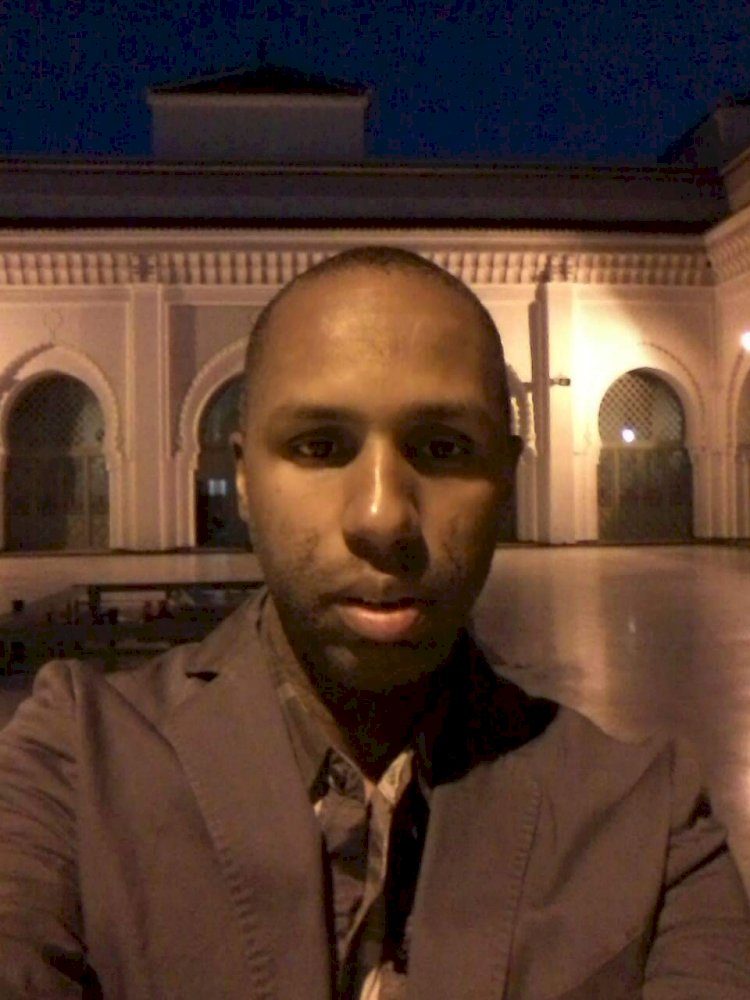 My recent quest through Morocco started with a single sentence I read earlier this year in the John O. Hunwick's english translation of the 17th Century Timbuktu writer Es Saadi's arabic manuscript entitled "Tarikh es Soudan". Mr. Hunwick bypassed translating the portion of the book treating the history of Morocco. However, he noted one interesting historical fact. 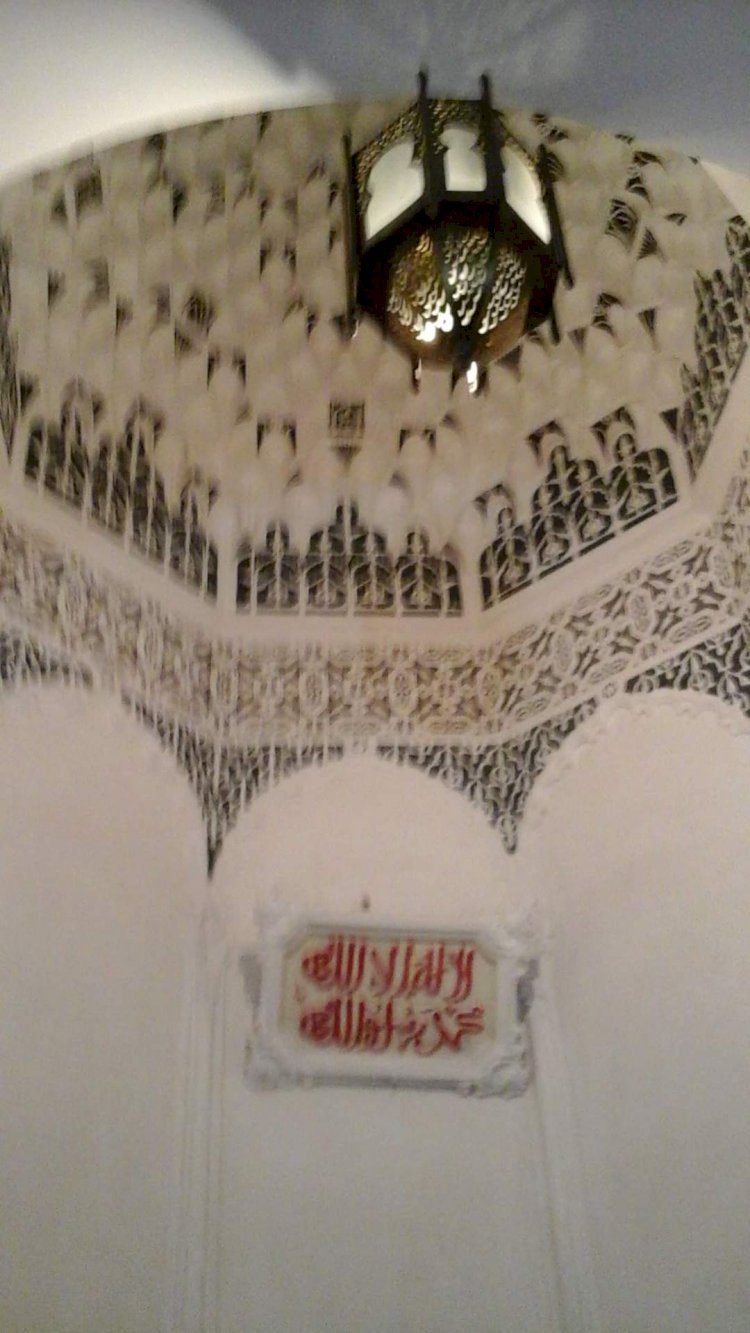 British Scholar John O. Hunwick states that according to Es Saadi the Mother of Saadian ruler Ahmed Al Mansur (1) was a Fulani "Concubine". 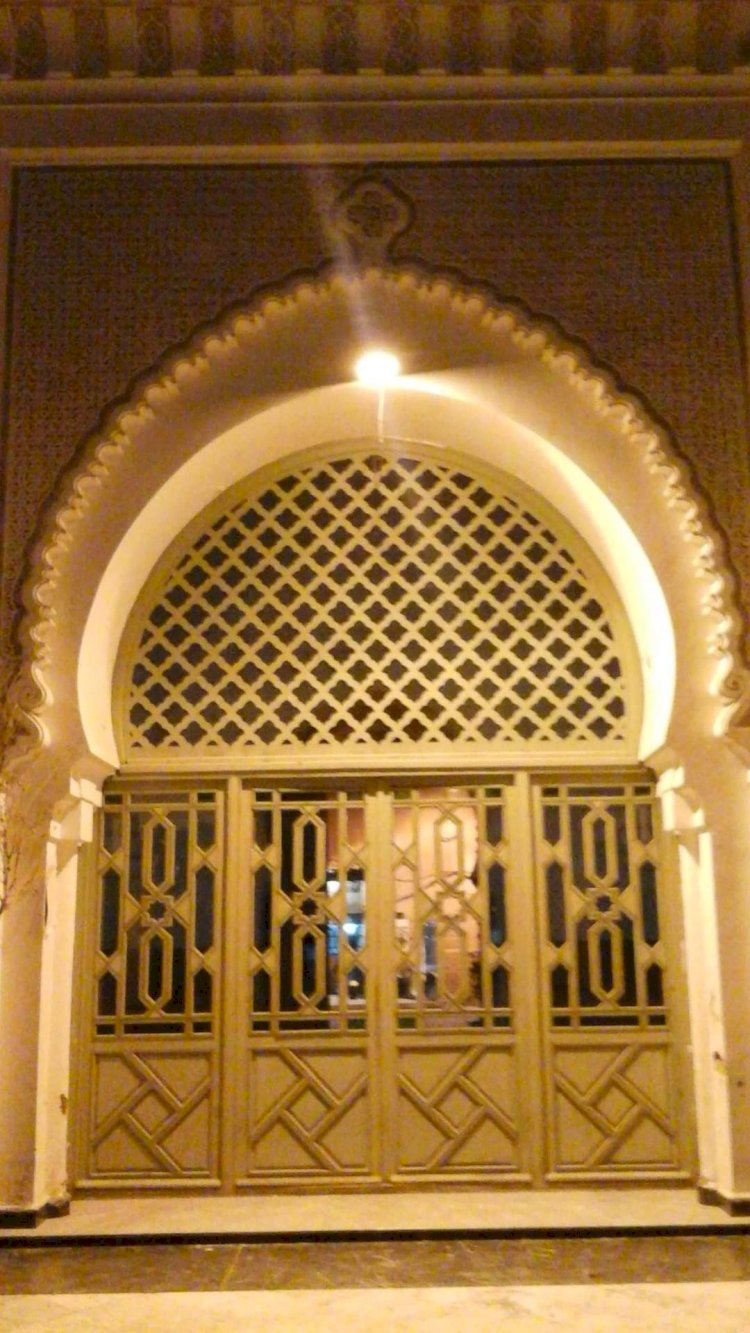 I wanted to read for my self whether Mr. Hunwick's (who ironically died this year) statement was one of truth or another European re-telling of history, which fits all Blacks into the mould of slaves, savages, concubines, etc,. 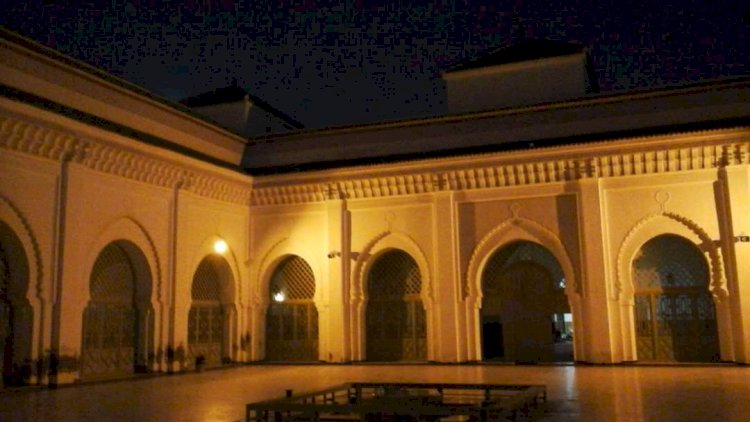 So, I set out to find a copy of Es Saadi's Arabic manuscript for myself. I was able to locate it at the Schomburg research center in Harlem. After scanning through hundreds of pages of micro-film I came to the statement I was looking for. I will write in it's Arabic followed by it's English translation. 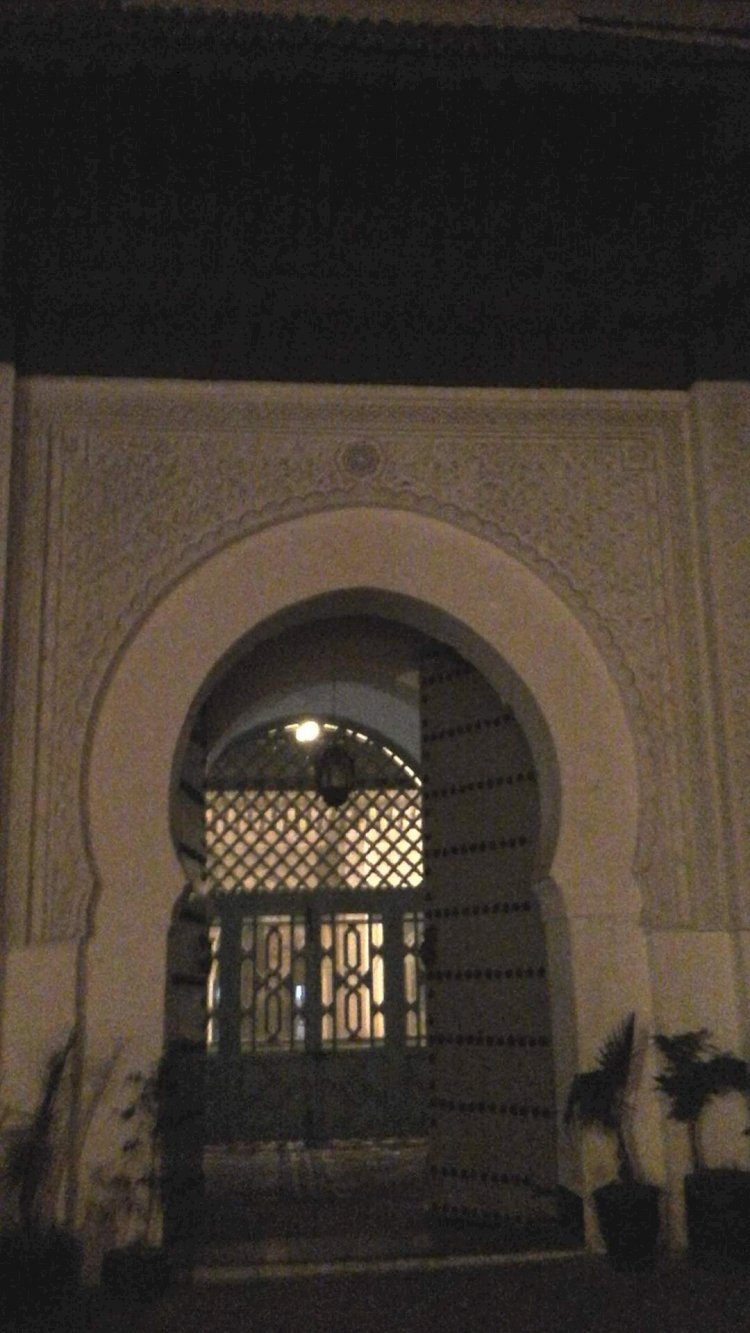 Es Saadi notes the following in his history of Morocco :

As for the Sultan Ahmad Almansur adh-dhabi, he is son of Muhammad Ash-Sheikh son of Mawla muhammad Amghar the sharieff son of Abdur Rahman and his mother "Jariyat" her name Lala 'awdat her father Fulani. 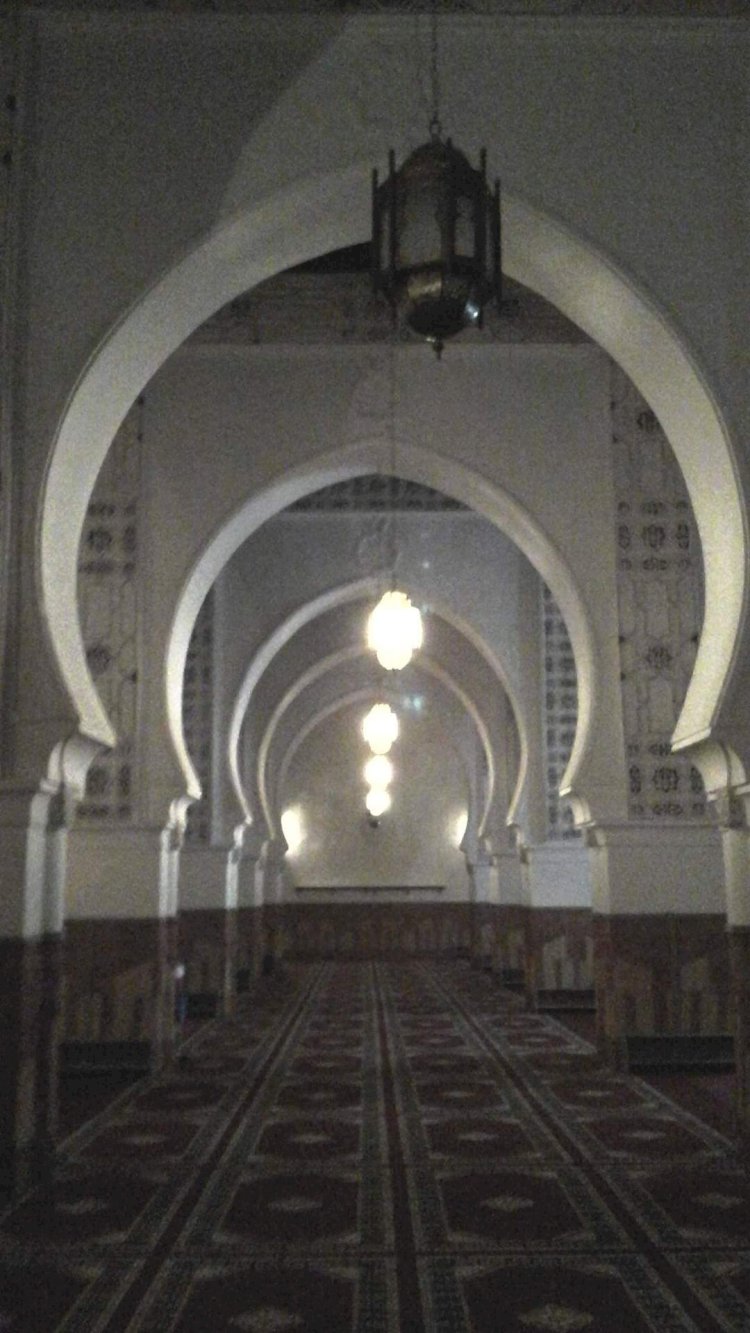 (Note: Lala 'awdat and Layla Massaoudat are variations of the same name)

The key term that I transliterated and not translated is the word in question that lead to my search. That term is "Jariyat". This term has several meanings in different context. Among them are female neighbor, girl, young girl, or female slave/concubine.

French translator E. Leroux comes to the same conclusion as his Brithish counterpart Mr. Hunwick. In his French translation of Tarikh Es Sudan it reads: 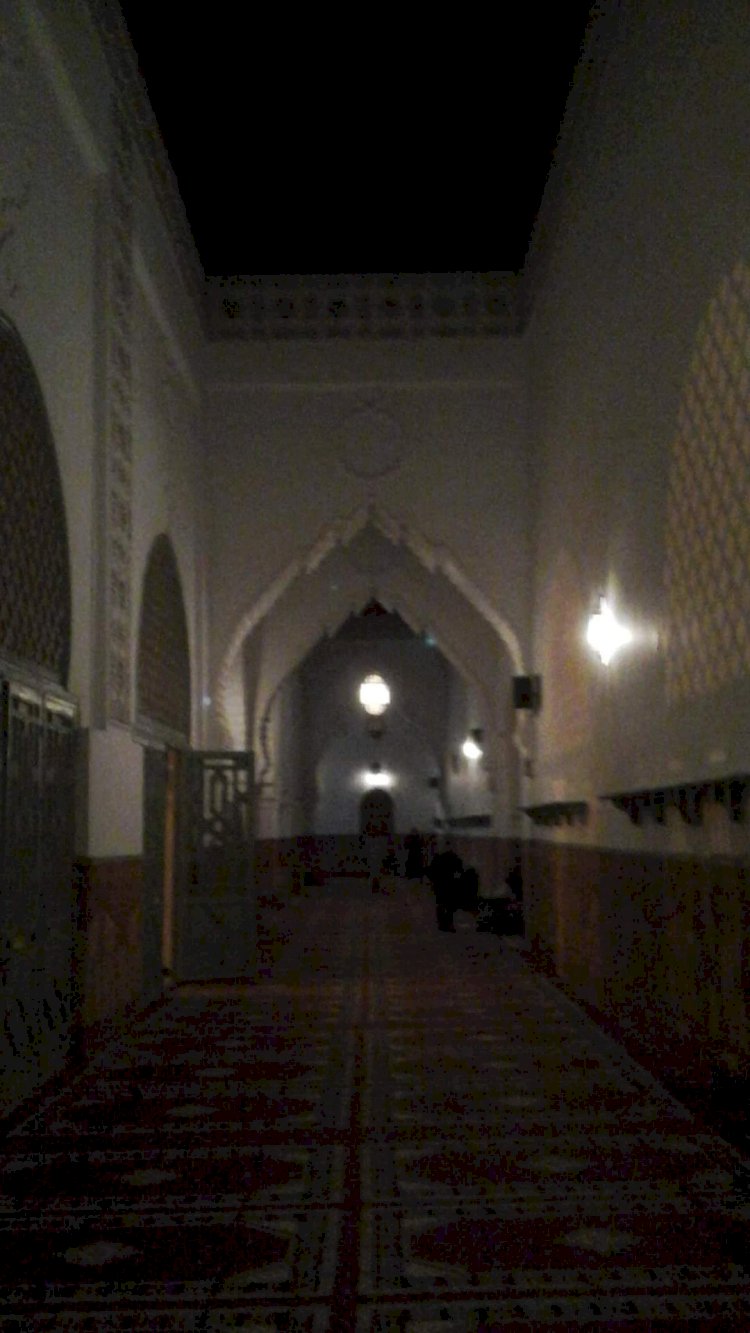 "Sa mére etait une concubine" (his mother was a concubine).
However, he adds this footnote to his translation:

Alluding to a "Muslim" custom that the child of a slave mother and a Father of the ruling class, still gives the legitimacy to the throne.

Since 17th century chronicler Es Saadi, doesnt explain his usage of the term "Jariyat", one if left to draw conclusions about its usage. Nor does, Es Saadi give us more information of her Father except that he is a Fulani. The status of the Father is key to the daughter. If the Father was a slave, then the daughter will be a slave as well.

As I did additional research about the maternal side of Ahmad Al Mansur I came across information stating that his Mother was the "Well known Layla Mass'auda". This being "Well Known" doesn't fit the typical status of "concubine". Generally, a concubine is a lover of ruler relegated to home and oft-times hidden under secret.

So that takes me to my journey across the Atlantic to Morocco itself. I'm sure I can find information there.

After hitting a bump in the road searching for a library in Marrakech (2), I made my way to The National Library located in the Capitol City Rabat (3). It was there were I found the  French Language book "Histoire Du Maroc" compiled by Coissac De Chavrebière a professor from Rabat. In this publication I found this most interesting and rewarding information; of which I was searching for nearly a year. It answers my question of why she is the "well known Leila Massouda" and something about her family.

"Aboul Abbbas, nicknamed El Mansour, succeeded without opposition to his brother, as the victory assured him prestige in villed and tribes of Morocco. Son of Mohammed ash-Sheikh El Mahdi, he had to Messaouda mother Layla, noble lady of Ouzguita and close relative of Caid Azzouz whose fortune was greater during this reign. Messaouda, woman of rare merit, loved literature; pious and enlightened in his religion, she founded the Mosque of Bab Doukkala, Marrakech, and assured maintenance of its funds, as well as payment of civil servants attached to the worship of the mosque. She died in 1590, venerated as a saint."

So there in Morocco the history of Layla Massouda (Lala 'awdat) states that she is of a noble family and is venerated as a Saint in Morocco. Which definitely doesn't fit the shade of meaning for "Jariyat" as "Slave girl/Concubine".
This seems to be a tragic case of -not only a loss of meaning- in translation, but a loss of Stature!

A Portrait of the Layla Massouda Masjid in the Layla (night).

This journey to Rabat has given to me a whole new meaning of "Knowledge is key". In the Arabic language "Bab" means Door. I have walked pass and through Bab Dukkula throughout my stay in Marrakech but it's Door (Bab) was closed to me because I didnt have the key (knowledge). 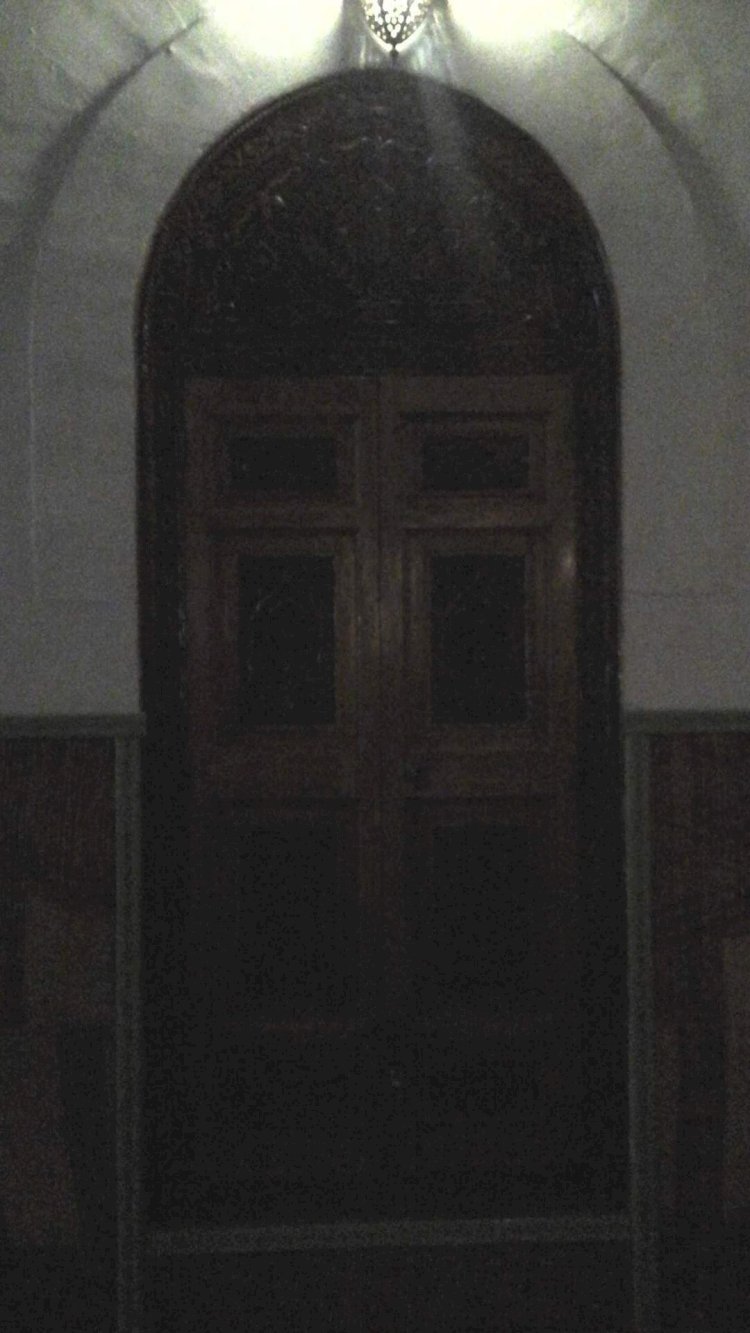 On the night of my return from Rabat, I was too impatient to wait until the morning to find the Masjid. Besides I returned to Marrakech just before Maghrib. I dropped my bags at the Hotel, asked for directions and made way straight to Bab Dukkala, a town that was walking distance from my hotel.

As typical to my journey no find was easy. The Masjid I encountered was quite small. However, I made my prayer in it and afterwards used my Arabic to inquire if this was indeed the one built by Layla Massaouda. I asked an elder, and he informed that no it was not. It was actually the Grand Masjid, in the town. He told me ignore the next small Masjid I would encounter and "Tuduwa" (go straight) until I see the big Masjid. 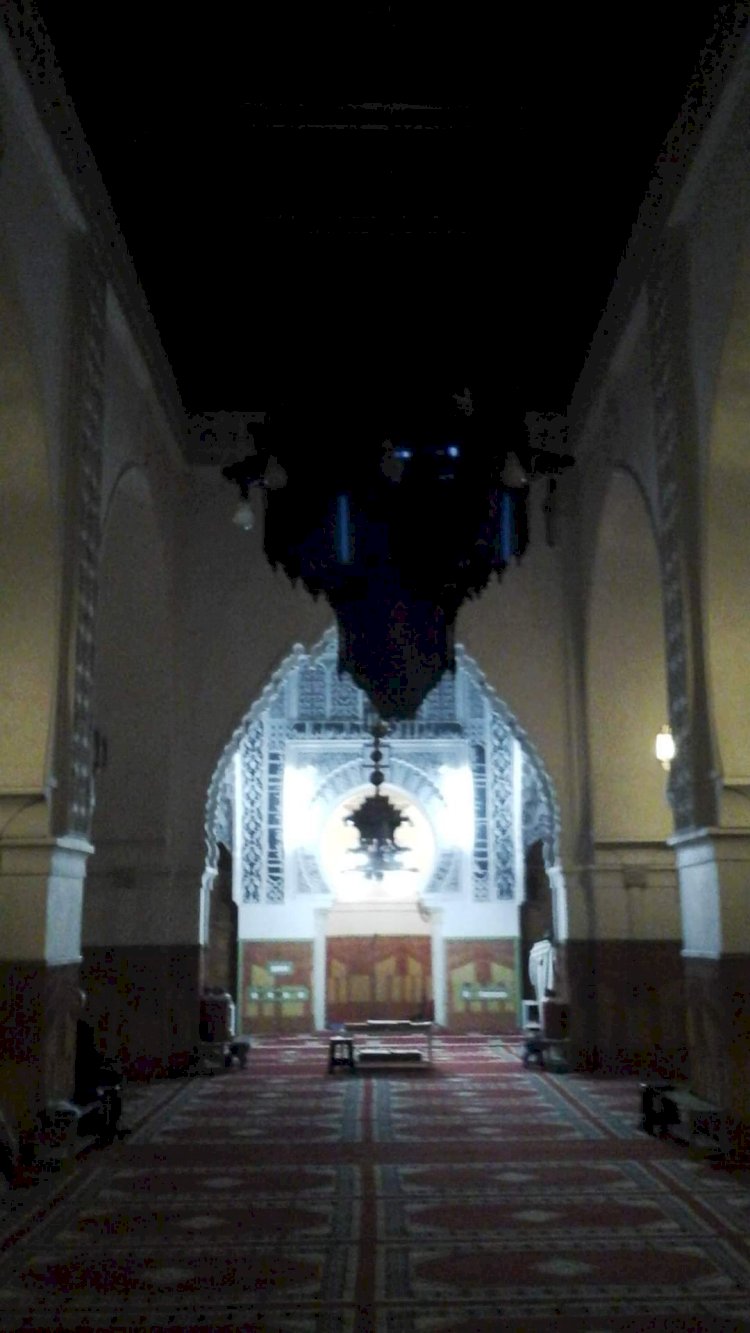 Investiture of Alpha Condé: the FNDC invites its supporters of Matam and Dixinn...