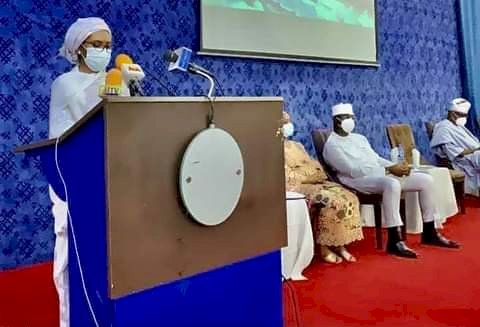 The federal government has noted that the overall scorecard of previous national economic plans was adjudged to be below expectations as this was among other factors attributed to inadequate cooperation from sub-national governments.
In a welcome address by Mrs. Zainab Ahmed, the Honourable Minister of Finance, Budget and National Planning, at the 19th National Council On Development Planning (NCDP) meeting recently held at Nigerian Air Force (NAF) Conference Centre & Suites, FCT, Abuja, she said that the notion was based on the assertion that the Plans were more of federal government rather than national.
According to her, this notion had denied previous Plans of the needed cooperation from state governments, which led to little success recorded so far.

Making reference to the successes of the previous plans, she said: “You would agree with me that previous Plans witnessed varying degree of successes. For instance, the Economic Recovery and Growth Plan (ERGP) 2017-2020, which was crafted at the wake of the global economic meltdown of 2016, was able to pull Nigeria economy out of recession.”
On the meeting themed: “National Development Planning in Nigeria: Issues and Challenges”, Mrs. Ahmed said it was quite germane as it stimulates robust discussions on a new adoptable approach towards formulation of effective national plans that will serve as successor to the NV20:2020 and the ERGP 2017-2020 which ended in December, 2020. At the two-day hybrid meeting, participants deliberated on ways of charting a new economic pathway that will sustain national development.

“This meeting is an annual event is organised along with the Joint Planning Board (JPB) meeting by the Budget and Planning arm of the Federal Ministry of Finance, Budget and National Planning in conjunction with state governments for policy formulation and implementation of contemporary economic issues with a view to proposing policy options geared towards enhancing the economic management process of the nation.

“The outbreak of COVID-19 in 2020 and its myriad consequences have impacted so much on the economy and norms that it would take decades for the world to recover. The economy plunged into another wave of recession in 2020 which was, however, short-lived by proactive measures put in place by the current administration. This experience calls for an urgent strategy to develop a more resilient and sustainable economy model that could stand the test of time,” she noted.

According to the Honourable Minister of Finance, “achieving this would require maximum cooperation and collaboration at all levels of government. The ongoing Medium Term National Development Plans (MTNDP) 2021-2025 and Nigeria Agenda 2050 was designed to address these concerns.

“The meeting is aimed at ratifying key resolutions reached in the last two days and to formulate critical actionable strategies towards repositioning the Nigeria economy into a prosperous and all-inclusive one. I, therefore, implore your cooperation as true citizens in the development of our great country, towards the realisation of the objectives of this meeting.

In his opening address, Prince Clem Agba, the Honourable Minister of State, Ministry Of Budget And National Planning, implored Honourable Commissioners of Budget and Economic Planning, States’ Permanent Secretaries and others to continue to support and replicate the economic policies of the federal government, especially the ongoing MTNDP 2021-2025 and Nigeria Agenda 2050 in their respective States.

“This is in order to consolidate and sustain the success achieved so far. Nigeria has come to a point of ‘no going back’ in her economic transformation policy. Hence, there is need to chart a positive way forward in boosting its economy to address the issues of unemployment, insecurity, youth restiveness etc.,” he said.

At the meeting, a follow-up to its 18th edition held two years ago in Asaba, Delta State, Prince Agba noted: “As you are aware, the JPB is a meeting of Permanent Secretaries of States’ Ministries of Budget and Economic Planning which is organised annually to serve as a veritable platform for senior officials of the federal and state ministries, representatives of the organised private sector, development partners, civil society organisations to engage in technical discussions on economic policy issues with a view to proposing an optimal approach for enhancing economic management process at both national and sub-national levels.

To the Honourable Minister of Finance, Budget and National Planning