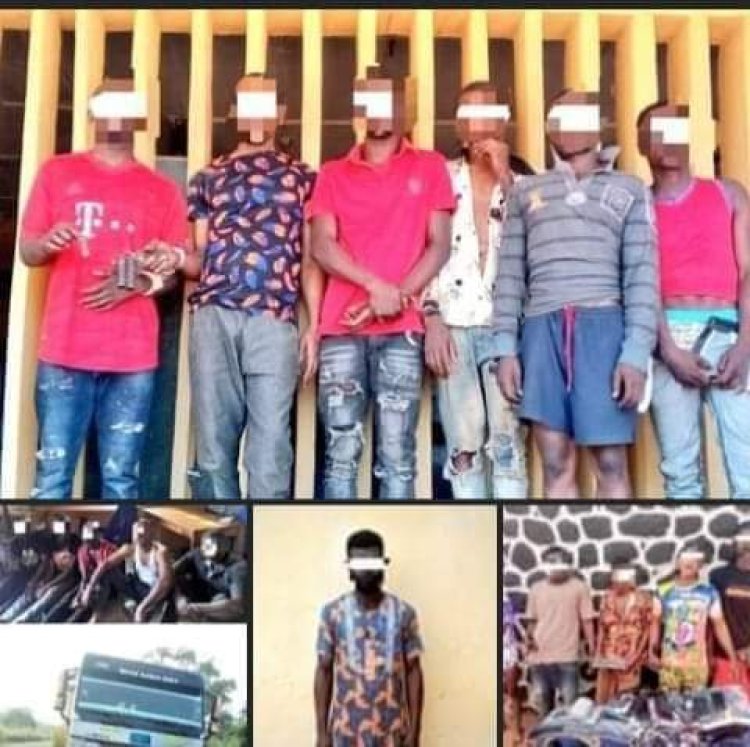 The Enugu State Command police has arrested a native doctor for killing his client in his shrine while testing the gunshot protection charm he had prepared for him.

The native doctor was one of 17 people arrested and paraded for conspiracy, murder, armed robbery, truck snatching, abduction, and unlawful possession of a firearm in recent times in the state.
This was revealed in a statement released on Tuesday by the state's Police Public Relations Officer, DSP Daniel Ndukwe, via the command's Twitter handle.

Items recovered from the suspects include, two firearms, one live cartridge, three mock guns, a Sino Truck loaded with 789 bags of cement, mobile phones, ATM cards, and other items.

Dismissed Officer: I’m Not Aware Of Any Court Order – IGP

Lagos Curfew Eased, Movement Allowed Between 8AM And 6PM