On The Recent Cabinet Reshuffle: The President’s Report Card (Part 2) 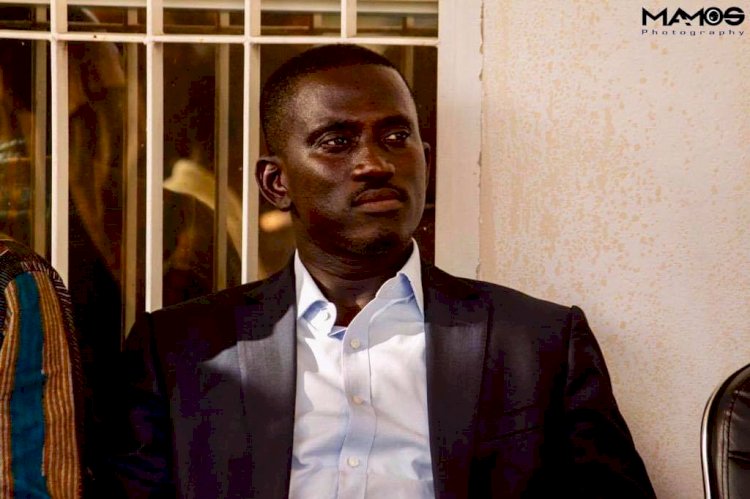 But Yankuba is yet to be indicted for any direct involvement in human right abuses. And if the law of the land is anything to go by, then people are supposed to be deemed innocent until they are proven guilty. We must also realise that this is the fourth appointment to this post in less than 3 years. With our current security challenges, one can assume that President Barrow made this appointment out of frustration and his desperate desire to restore security in this country. That still doesn’t obviate the concerns of the critics.

But what I know is that Yankuba Sonko spent his life in the police. During my tenure as Secretary General, I had the opportunity to work closely with him and I bear witness that when certain directives came from the President that were going to land people in jail, he collaborated with me to thwart such matters thereby saving dozens of people. One particular case that I remember was the incarceration of several men in a land-related matter where the victims were sent to Mile 2 Prison without trial. When a lawyer brought this to my attention, I asked Yankuba what had happened and when he explained that it was a directive from the President I asked him to release them, which he did. I still don’t know how Yankuba and I survived this one but I acted on instinct and he took the risk to free these people.

When journalist Sanna Camara (currently part of the Presidential media and PR Team) was arrested and detained by police, allegedly due to directives from the top, I was out of the country on an official mission. Upon return, Sanna’s boss at the time, called me to report the matter and seek my intervention. I called then IGP Sonko and asked him to release the journalist immediately, which he did without hesitation.

A certain medical doctor from one of the most prominent families in this country would have been languishing in jail by the time Jammeh left office but I was able to save this guy with the help of Yankuba Sonko, again at great risk to Yankuba’s job. But the problem is that all these people that Yankuba and others helped during the former regime would rather remain silent or even join the mob in castigating him while these very people and their families were the ones that supported and financed Jammeh’s multiple re-elections as President. Things are too complicated in this country so while we go ahead in trying to hold one another accountable, let us proceed with honesty fairness and caution.

A people who appointed former Speaker Abdoulie Bojang to the glorious position of Ambasador, and this is the same Abdoulie Bojang who helped proclaim a state of emergence; at the time, potentially the most lethal tool in Yahya Jammeh’s attempt to subvert the will of the Gambian electorate, should be quite cautious in condemning the appointment of Yankuba Sonko.

A country that stayed mum when someone who was a prominent member of the former regime was appointed as counsel in one of the most critical commissions in this transition period should think twice before condemning any other appointment. And this counsel was adversely mentioned in some of the transactions that came out of this same commission but the so called activists and devotees of rule of law and due process remained mute. Even where a key figure in that commission came out with a damning petition on alleged malpractices that included selective questioning of witnesses not even a mini-enquiry was set up. And yet we call for the lynching of someone who has not been indicted directly in any particular case?

We have a ex-con currently serving as Director of Investigation at just about the most critical transitional institution in this country but that man is deemed fit and proper by the loudest voices in this country, even when they knew that the same man would have to head investigations about the very people he took up guns against.

When the TRRC was being launched, ICC prosecutor Fatou Bom Bensouda was an invited gust of honour and the whole country glossed over this. Now please read the excerpt (below) as carefully and succinctly observed by journalists Mustapha K. Darboe and Thierry Cruvellier on the website www.justiceinfo.net :

When on January 28 this year Batch Samba Jallow testified publicly before the TRRC and implicated Fatou Bensouda, the Commission’s lead counsel, Essa Faal, seemed caught off guard and embarrassed. Essa Faal is the incisive, impeccably prepared and willingly implacable conductor of the TRRC public hearings that have, since January, made the Truth Commission in The Gambia a national event to which the public is riveted. He is a key contributor to the success of this justice process and the credibility of its investigations. He is also a former ephemeral member of the State Prosecutor’s Office of The Gambia in 1994. And more importantly he is a former colleague of Fatou Bensouda at the International Criminal Court. At the hearing, the dialogue between the victim and the lead counsel seemed to end in disagreement about the conclusions to be drawn from Jallow’s experience.

– “Who was the prosecutor in this case? asked Essa Faal.

– Fatou Bensouda. She was the mastermind, replied Jallow.

– Ah, she was the prosecutor.

– Yes, she was the mastermind of everything we went through.

– Ah… You would agree that Mrs Fatou Bensouda, if she was the prosecutor at all, would have come at the tail end of things, at the prosecution stage of things and therefore would not have participated in anything that happened before your prosecution. Correct?

So our fiery lead counsel of TRRC has been doing an amazing job and no one could fault him in the execution of his duties. But that track record is suspended when his former colleague/boss comes into the scheme of things. Was I wrong when I used the term “Animal Farm” when I once criticised the way we are proceeding in our so called New Gambia?

How can you embrace and celebrate Yahya Jammeh’s gun-toting interior Minister during the Transition period, and then come to condemn the cool and meek Yankuba Sonko? A former parliamentarian and long-serving APRC big wig together with the former ruling party’s chief fundraiser are now executive members of one of the biggest opposition parties. This parliamentarian was in the National Assembly when Jammeh brought up a bill to indemnify those who perpetrated the murder of innocent students on April 10/11. So this man is fit and proper to serve your party and hopefully become a cabinet Minister should you win the election, but Yankuba Sonko should be sent to the gallows?

My concern with Yankuba Sonko’s appointment is the views and sentiments of the victims whose cases happened during the time Sonko was IGP. President Barrow should do more in terms of helping the victims across the board. Those who sustained injuries and still in need of medical treatment should be supported as a matter of priority. It is unconscionable that certain victims with a few bruises have gone home with millions of Dalasis from the state treasury thanks to the total lack of scruple and prudence of our current attorney whose only motivation for action seems to be the number of decibels on social media rather than justice and due process. This, in the face of lack of medical treatment and support for those with severe injuries and even those who lost family members.

But this is quite normal in this dispensation that is becoming quite emblematic of selective justice and selective behind-the-scenes reparations. It still beats my imagination how convicted security personnel can go home with millions (without following due process) in compensation while Solo Sandeng’s family continues to struggle for basic stuff and the April 10/11 victims continue to cry for medical support.

In view of all the foregoing premises and many others too sensitive to be discussed in the public glare I could give President Barrow a 65% mark for his appointment of Yankuba Sonko and the marks deducted are merely out of due sympathy for the views and sentiments of the #real victims (as opposed to those who are experts in using the victims as ways and means to score political and financial gains).

The Gambia is that country where one of the real estate moguls forcefully grabbed land from its rightful owners using Yahya Jammeh’s heavy hand with attendant serious human rights abuses; only for that same real estate mogul to be given a chunk of prime land by the current administration under murky circumstances and yet his name is not mentioned at private meetings of so called activists talk less of public forums. And this mogul is now regarded as an icon who wines and a dines with this government and he has a very insidious (yet covert) role in the decision making process of this government but no one is making noise about this.

Our beloved country is at a dangerous crossroad and all qualified hands are needed for the nation building process. The fact is that a lot of our fine hands and minds are out of the country working for international organisations at pay rates untenable back home. A lot of our experts and professionals living in this country have shifted to local- based international organisations because the pay scale of government is not competitive enough. The few new hands tried by this administration have not given us much to cheer for. Therefore we need all hands on deck.

The (jaundiced) pundits claim that the whole country is a crime scene and therefore no one should make noise about the appointment of conflicted individuals like Dr. Baba Galleh Jallow, Executive Secretary of the TRRC, and his friend, Alhagie Saidy Barrow; it would be Impossible to have anyone with a clean bill of health. So where do they expect Barrow to source his appointees from, heaven? God is not about to open the gates of that sublime abode anytime soon because He knows that if he should send back to us his saints, we just might corrupt them.

Let us be sincere in our efforts to hold one another accountable; and let us be reasonable in our expectations given the realities that we all know about. Jesus Christ is indeed right, but do we listen to his words? “He that is without sin among you, let him first cast a stone…”

This is my report card for the President with the required remarks on the sideline. Overall, he gets a pass in this Cabinet reshuffle but a credit is more desirable. We hope he will work harder next term.

May Allah guide and protect our President.