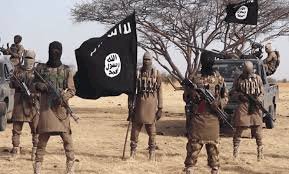 “Iswap ‘terrorists’ took control of Kukawa [in the Lake Chad region] on Tuesday evening and held hundreds of civilians hostage,” said Babakura Kolo, leader of a civilian militia. The people of Kukawa had just returned to their homes after living for two years in a camp for internally displaced persons, due to the violence ravaging the Lake Chad region and especially Borno State, in northeastern Nigeria.

Background: Jihadist groups expand their influence in northwestern Nigeria
A local chief who was among them, and who managed to escape, said that they had returned at the beginning of August in the hope of finally being able to cultivate their land, “but they immediately ended up in the hands of the insurgents ”. “We don’t know what they’re going to do with them, but we hope they won’t hurt them,” said the community leader, who prefers to remain anonymous.

Fighter planes sent there
A security source confirmed the attack to AFP and said fighter jets had been deployed from Maiduguri, the capital of Borno state, to “deal with the situation.”

Kukawa is located near the large town of Baga, on the shores of Lake Chad, an area controlled by Iswap, which split from Boko Haram in 2016. The group, affiliated with the Islamic State organization, leads many attacks especially against the Nigerian army and killed hundreds if not thousands of soldiers. It also controls medium-sized towns and villages, and thousands of civilians live under its control.
More than 36,000 people have been killed since 2009 in the violence in Nigeria and more than two million people still cannot return to their homes.

Read also Nigeria: at least 38 people killed in a jihadist attack
The United Nations said last week that 10.6 million people (out of a total of 13 million), or “four in five” depend on humanitarian aid for their survival in Nigeria’s three worst-hit states. the jihadist conflict (Borno, Yobe, Adamawa). “This is the largest number [of people dependent on humanitarian aid] on record since we started operations five years ago. ”

The World with Reuters