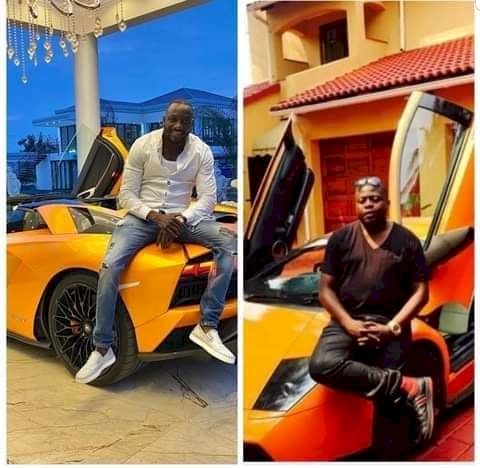 There is a saying that goes, ‘show me your friend and I will tell you who you are’. Indeed it really applies to the real life of the late Zimbabwean businessman & socialite who died in the wee hours of Sunday last week alongside his three friends after a long night of celebrating a birthday of a friend.

Born Genius Kadungure & affectionately known as Ginimbi by his enthusiasts, even a blind man could see his riches ranging from pricey supercars & a gigantic mansion built in the mountainous area of his home village, Domboshava.

On the other side of the coin is his longtime Ugandan rich friend & fellow businessman who sadly passed away in 2017. Judging from the way he was flashing the American dollars and sports cars on the internet, Ivan Semwanga lived his life to the fullest just like his friend Kadungure.

As the nation mourns the untimely passing of the business tycoon, we have decided to look into the life of his friend who passed away three years ago at the age of 40 as we celebrate their lives.

Although his home country was Uganda, Ginimbi’s friend was based in South Africa where he took his last breath. The generous Ivan made headlines back then in February 2017 when he ordered people from his home country to line up so that he give them money.

Just like his late friend Ginimbi, Ivan’s source of wealth was not clear although there were speculations that he was a native doctor who only targeted the rich clientele. According to a separate report, he used to run a number of schools that he inherited from his late white employers.

The Ugandan tycoon’s funeral was celebrated in style as Sh5 million was reserved for alcohol to celebrate his life. According to the funeral committee,5 beasts were slaughtered during his unique send-off. The two businessmen used to spend time together during the period when Ginimbi was based in South Africa.

He also featured in some of the once-popular white parties that were hosted by the late Kadungure every year.

Sadly, Ivan suffered a heart attack after leaving Uganda and was admitted to Steve Biko Hospital in Pretoria where his ex-wife, Zari took care of him. He eventually passed away on Thursday, 25 May 2017. Below are some of his pictures that equally depict indeed the young man who lived his life to the fullest.

Pastor 63-Year-Old Dragged Through the Mud for Allegedly...