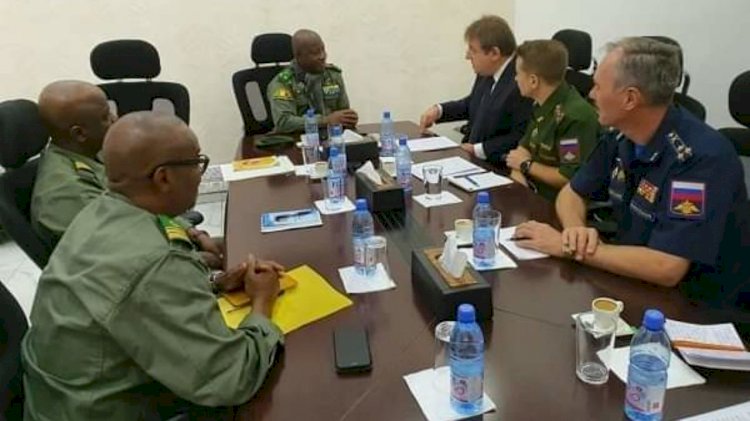 Responding to oral questions from the Honorable Moussa Diarra on the security situation, the Minister of Defense and Veterans Affairs, Major General Ibrahima Dahirou Dembélé, announced the imminent arrival of Russian soldiers to technically support the Defense Forces and security forces in the fight against terrorists. A revelation that will not please France

Because of the resurgence of terrorist attacks in the Center and the North of the country, the Minister of Defense and Veterans Affairs, General Dahirou Dembélé, was arrested yesterday in the hemicycle to provide certain clarifications.

Responding to oral questions from the Honorable Moussa Diarra on the partnership between Mali and France, the Minister of Defense and Veterans Affairs was clear on the crucial role of the French force in the fight against terrorism in Mali. “In 2013, if the Serval force was not there, it was all over for us,” the minister said straight away. He also cited the French force’s numerous support for Malian soldiers in theaters of operations.

The minister also gave clarifications on the quality of cooperation between Mali and France. According to him, Mali has not signed a defense agreement with France, but rather a cooperation treaty. “Through this treaty, France can only support the FAMa technically and not replace the Malian Defense and Security Forces”, specified the Minister.

Regarding the other great powers, the Minister of Defense and Veterans Affairs revealed that Mali has only signed cooperation treaties and not defense agreements.

In the process, the minister announced the arrival in the coming weeks of Russian soldiers in Mali to technically support our soldiers. The minister specified that these Russian partners will come to assist the FAMAs concerning information, repairs of aircraft and pilot training.