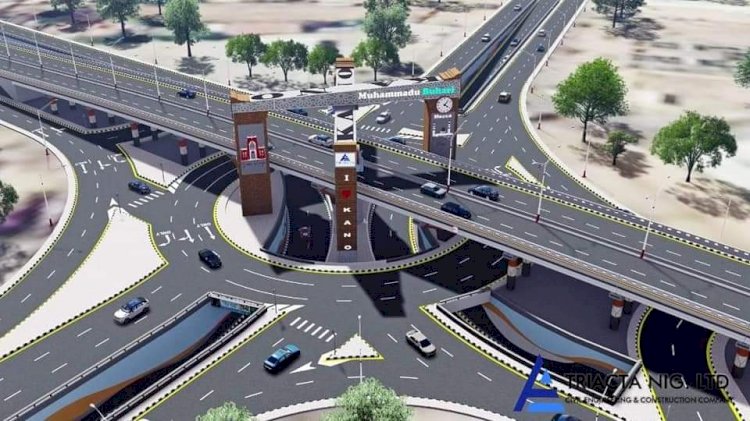 Kano state Executive Council has approved the release of N8, 980, 303, 460.63 billion for the construction of Muhammadu Buhari Interchange at NNPC Mega station Rotary Intersection, Hotoro, along Maiduguri Road in the metropolis.

The state commissioner for Information, Malam Muhammad Garba disclosed this at a media briefing on the outcome of the weekly council meeting held at the Africa House, Government House, Kano.

He said the project was part of the present administration’s commitment to construct road networks to address increasing traffic congestion in line with its policy of transforming Kano into a Mega City as well as boost commercial activities.

Malam Garba explained that being an emerging mega city and important commercial centre in the country, Kano has been recording significant increase in the influx of commercial traffic and therefore the need to redesign and improve existing road networks to support additional volumes of generated traffic in order to allow for safer and more efficient vehicular movements.

The commissioner also announced that the council has given approval for the release of the sum of N44, 300, 000.00 million for the re-accreditation and resource visitation requirements for Audu Bako College of Agriculture, Dambatta.

He said the departments that the mandatory re-accreditation exercise covers comprise of Agricultural Extension and Management, Forestry Technology, Home and Rural Economics, Bio-Environmental Engineering Technology as well as Library.