Guinea:Dalein and his allies are not letting go:This regime is going to go ...’ ’ 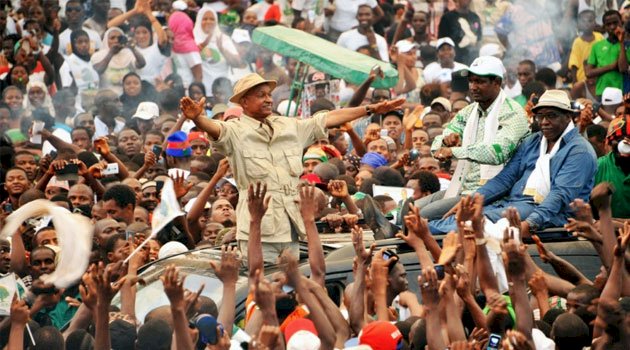 The Union of Democratic Forces of Guinea (UFDG) and the National Alliance for Alternation and Democracy (ANAD) called on Wednesday, November 25, demonstrations throughout the territory. If many observers agree that the motto has been little followed, the opponents, they speak of success. The Executive Secretary of the ANAD is satisfied with this day of event. '' We are very satisfied with the reaction of the population. Economic operators have fallen sharply their activities. The movements remained fluids '', says Kéamou Bogola Haba to Djoma Media. During the day of November 25, he said, '' We saw a militarization with outrage. Defense and security forces have been strongly mobilized. They mobilized their equipment that came out of the barracks. They know that if Anad goes on the street, this diet will leave ''. "It's a communication in terms of communication, because it once again calls on the victory of Alpha Condé '', provides this ally of Cellou Dalein Diallo.

Southern Kaduna: There won’t be peace unless you stop killing...