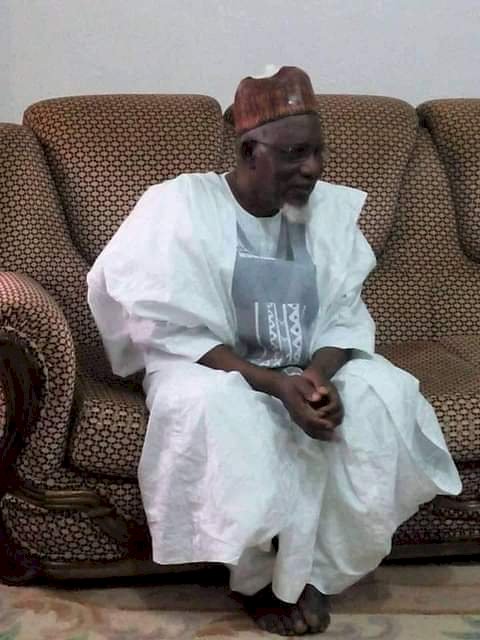 Governor Ahmadu Umaru Fintiri  of Adamawa State has expressed his heartfelt condolences to the family of late Alhaji Ahmed Song who died in Yola on Tuesday January, 12 2021 at the age of 75, describing his demise as a huge loss.

Governor Fintiri noted that "I received the news of the passing of Alhaji Ahmed Song with deep sadness and grief. He was a true patriot and forthright leader with a deep conviction who remained loyal to the end".
The late Ahmed Song had served as Managing Director of the famous Savannah Sugar Company Numan, founding MD of Rico Gado an animal feed Company in Adamawa State and was the Chairman of Kelele Investment, an agricultural consulting firm which he founded.

The deceased during his lifetime also ran for the Governorship of Adamawa State under the defunct National Republican Convention party and was one time National Vice Chairman of the People's Democratic Party North East.

While appreciating his sacrifices to the growth and development of the State,  Governor Ahmadu Umaru Fintiri pointed out that "Ahmed lived a life of service  to nation and humanity until he breathed his last. We thank Allah for giving him to us, his legacy and consistent belief in the Adamawa project will live on".
Governor Fintiri extended his profound condolences to the immediate family, Song community, the People's Democratic Party and the entire State, describing the death of the politician and elder statesman as "Sudden and shocking. I pray Allah to comfort the family and give them courage and hope".

Rt.Hon Ahmadu Umaru Fintiri disclosed that the "Government and people of Adamawa will surely miss him and his contributions to the development of the state and Nigeria at large".

Humwashi Wonosikou
Press Secretary to the Governor of Adamawa State
12:01:2021