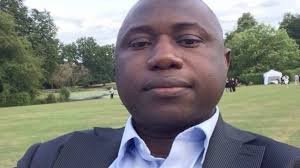 The Gambia is coming ever closer to securing a new constitution as part of reform efforts following years of authoritarian rule by exiled former president Yahya Jammeh.

The Minister of Justice Dawda A. Jallow tabled a constitutional promulgation bill yesterday seeking to repeal the 1997 Constitution and replacing it with a new constitution.

If the draft is approved by lawmakers, it will subsequently go through a referendum for endorsement by Gambians which will eventually usher in the third constitution since the country attained independence in 1965.

The next stage of the constitutional promulgation bill 2020 is appointed for (today) Tuesday 15 September for the Minister of Justice to move a motion for the second reading.

According to Standing Order 66, at the conclusion of the proceedings of the first reading or any subsequent stage of a bill, the next stage maybe taken either forthwith or upon a date to be named provided that the second reading shall be taken no sooner than one working day after the first reading.

The new constitution would entirely replace the 1997 version written largely to consolidate Jammeh’s power after he took control in a 1994 coup.

The Constitutional Review Commission had consulted a broad cross-section of society for a maximum of two years, in an attempt to reflect the views of the generality of Gambians both at home and abroad.

The draft Constitution comprises 20 chapters (3 less than what is contained in the current Constitution); it has a total of 315 clauses.

It has specific provisions outlining the duties and obligations of citizens, including the duty to protect and preserve public property, and to expose or engage

It has specific provisions outlining the duties and obligations of citizens, including the duty to protect and preserve public property, and to expose or engage in any lawful act to prevent the misuse and waste of public funds and property.

The number of cabinet ministers a president can appoint is capped at fifteen, excluding the Attorney General and Minister of Justice while only elected members shall constitute the National Assembly; 53 elected from single member constituencies, 14 elected women, two from each Administrative Area, and 2 persons, elected by persons with disabilities from amongst the members of the federation representing such persons.