Expelling Pastoralists From Forests That Kill, By Jibrin Ibrahim 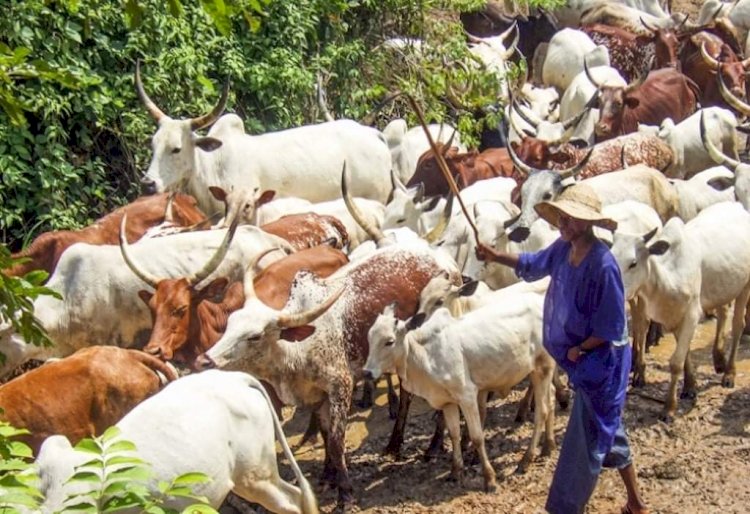 What is clear is that we need to develop a comprehensive policy response to the non-governance of our forests and the idea of registering its users cannot be dismissed. Such a measure should however be well planned, with realistic timelines developed; and it can only work as a national, rather than State, plan.

My column of September 12, 2016 was entitled “Forests that Kill and Destroy: Rural Banditry in Northern Nigeria.” There, I was reporting on a seminar organised by the Centre for Democratic Development and Training (CEDDERT) in Zaria, where research findings on the senseless massacre and destruction emanating from the dreaded Kuyanbana and Kamuku forests were presented. The researchers, Massoud Omar and Abubakar Siddique Mohammed had studied how bandits and criminal gangs occupied the forests and were causing havoc in the surrounding States of Kaduna (Birnin Gwari), Zamfara (Dansadau) and Katsina (Sabuwa). The forest had provided a base for criminal gangs initially focused on cattle rustling, from where they were wreaking havoc on the affected communities. Most of the cattle in the area had already been rustled at that time. From cattle rustling, the gangs have moved into kidnapping for ransom, mass theft, arson and the mass killing of innocent villagers.

Victims from the three communities were at the seminar to give testimonies about their plight. The village head of Yar Galidima in Dansadau, for example, gave detailed accounts of how the gangsters descended on their village and killed 130 people, including three of his children. That was not the end of the story, they came back to demand for more money as protection against further attacks. The bandits then ordered the communities not to farm the rainy season. In response, about half the people simply gave up and fled the area.

One of the most harrowing stories they told was that of girls kidnapped by the gangs and used as sex slaves. After about six months, the gangs returned the girls with two rams for each one and asked their parents to use the rams for the naming ceremonies when the girls delivered their babies. It is difficult to imagine a higher form of cruelty. In some of the communities, a cold war developed between the Hausa and the Fulani, with the Hausa suspecting the gangs were composed mostly of young Fulani men, leading them to turn on and start attacking Fulani residents in the area. The security situation completely broke down in significant parts of rural areas in Northern Nigeria, evolving into a regime of terror as looting, rape and arson became the regular routine. The situation has spread much wider in the core States of Zamfara, Kaduna, Niger and Katsina. It has also spread to other parts of the country and become a national problem.

This past week, Ondo State has been in the news following a declaration by the State governor that he was expelling all herdsmen from forests in the zone because of their engagement in violent and criminal activities that have made the area unsafe. He gave them a one-week ultimatum to quit Ondo State’s forests and territory. The Federal Government then cautioned the State government earlier this week, pointing out that the State cannot expel Nigerian citizens whose right to reside and exercise their livelihoods anywhere in the country is protected by the Constitution.

The concern is that once a problem has been ethnicised, it becomes extremely difficult to seek a rational way out of it in terms of a solution. The fact of the matter is that the forests all over Nigeria have become ungoverned territories and have been turned into base stations for criminal gangs to operate from.

The State government responded that they have the right to stop grazing in their forests. The State commissioner for Agricultural and Rural Development, Mr. Adegboyega Adefarati said, in a statement, that over 50,000 farmers have been registered to engage in various agricultural activities in the State’s forest reserves and no herder will be permitted to graze without going through the same process: “Love it or leave it; farming is farming, be it crop production or animal husbandry. If any Nigerian, irrespective of his/her state of origin, desires land for farming in Government Forest Reserves, he/she must apply to Ondo State Ministry of Agriculture and pay the normal fee for the required hectares of land. It is illegal for herdsmen to encroach on the Ondo State Government Forest Reserves without permission.”

As is usually the case in Nigeria, the matter has been taken over by ethno-regional advocates. The national publicity secretary of Afenifere, Yinka Odumakin, issued a statement saying the Yoruba socio-cultural group was not surprised by the statement from the Presidency, alleging that the development showed Buhari’s preference for promoting Fulani interests.
According to Odumakin: “The intervention by what we mistakenly call the federal government of Nigeria on behalf of marauding Fulanis in Ondo State against the lawful government in that state did not come to Afenifere as a surprise as it is in line with the non-pretence by this regime that it represents only Fulani interests against those of Yoruba, Igbo, Jukun, Ijaw and other tribes in Nigeria.” Afenifere urged the Yoruba people to stand with the governor, asking other South-West governors to emulate Akeredolu in order to “free our land from the Fulani who have surrounded us with the shield of the federal government.” Another group, the Coalition of Oduduwa Elders, also warned the Presidency to steer clear of governance issues in Ondo or any other state in the country, saying the governor’s action was the best in protecting the lives of Ondo citizens.

In a counter response, the Northern Elders Forum (NEF) described the governor’s action as provocative and unhelpful in the quest to address the security challenges facing the State. A statement signed by NEF’s director, publicity and advocacy, Dr. Hakeem Baba-Ahmed, said if there are criminal elements among the Fulani in Ondo State, appropriate steps should be taken to identify and deal with them. NEF stated that the Fulani are not above the law and must obey all laws and regulations, as well as respect the communities in which they live. The Forum however noted that Akeredolu, as a senior lawyer, should know that the Constitution does not give him the power to deny any Nigerian the right to live where he chooses, if he does not break the law in the process, adding that: “We call on Governor Akeredolu to rescind his order on the Fulani or clarify his position in the event that he is misunderstood. He has a responsibility to protect the rights of all people in Ondo State, including the Fulani, and he will be well advised to engage them towards improving security in the state instead of treating all of them as criminals without rights or protection under the constitution”.

While the law is clear that State governments have proprietorship of land in their domains, the issue in question is one of security, which is in the Federal domain. It is therefore a problem that requires close collaboration between the two levels of government.

In a similar vein, the Arewa Consultative Forum (ACF)’s spokesperson, Mr. Emmanuel Yawe, urged the governor to follow the provision of the Constitution in addressing the issue. According to him, the Constitution guarantees all Nigerians the right to live within the country, stressing that if any Fulani in Ondo State has committed a crime, he should be fished out and prosecuted according to the law. The ACF said every offence has its own punishment “and our forum has not seen a law, which says a Nigerian should be denied the freedom to settle anywhere and pursue legitimate business according to the law.”

The concern is that once a problem has been ethnicised, it becomes extremely difficult to seek a rational way out of it in terms of a solution. The fact of the matter is that the forests all over Nigeria have become ungoverned territories and have been turned into base stations for criminal gangs to operate from. At the same time, tens of thousands of pastoralists, who have been pushed out of grazing lands within farming communities in most parts of the country, have retreated to the forests to graze their cattle. A rational solution will seek a policy pathway that would allow legitimate herders to continue with their livelihood, while identifying and dealing with the criminal elements. Taking the position that all pastoralists are criminal is wrong and can only worsen the situation.

What is clear is that we need to develop a comprehensive policy response to the non-governance of our forests and the idea of registering its users cannot be dismissed. Such a measure should however be well planned, with realistic timelines developed; and it can only work as a national, rather than State, plan. While the law is clear that State governments have proprietorship of land in their domains, the issue in question is one of security, which is in the Federal domain. It is therefore a problem that requires close collaboration between the two levels of government. The forests that kill in Ondo and Oyo are doing today what they have been doing for long in Zamfara and Katsina States. The problem is a national one and requires a solution that respects its country-wide spread.

Fulani Own All The Lands In Nigeria And No Power Can Remove Us From Ondo Forests,...