There seems to be a string of compounding woes for the embattled leader of the Indigenous People of Biafra (IPOB), Nnamdi Kanu.... 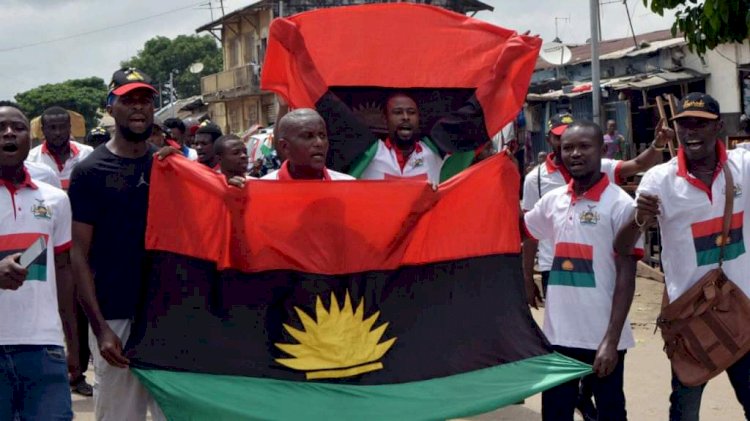 There seems to be a string of compounding woes for the embattled leader of the Indigenous People of Biafra (IPOB), Nnamdi Kanu.

Kanu is currently in the custody of Nigeria’s Department of State Services (DSS) following his arrest in Kenya in June.

However, his ongoing treason trial does not seem to be the end of his travails as international forces have now joined demands for the proscription of his group.

The Federal Government had declared IPOB a terrorist organisation in 2017.

Ivan Sheehan, an American academic who is the executive director of the school of public and international affairs at the University of Baltimore,
in a piece published in The Washington Times, gave reasons why IPOB should be designated as a terrorist group by the US.

Sheehan said the establishment of the Eastern Security Network (ESN) by IPOB signalled the end of the group’s “pretenses of being a peaceful movement”.

He accused IPOB leader of supporting terrorism and issuing threats via Radio Biafra.

“Nnamdi Kanu, IPOB’s leader, is clearly unconcerned. That he feels no need to even disguise his support of terrorism is worrisome.”

“Though IPOB’s principal aim is to restore a breakaway state of Biafra in the southeastern parts of Nigeria, Mr. Kanu’s rhetoric has become increasingly strident, “I don’t want peaceful actualization (of Biafra).

“Mr. Kanu has said through his Radio Biafra channel, used to project threats, instructions, and propaganda into Nigeria from the safety of London, “If they don’t (give us Biafra), they will die.

“Neither does Mr. Kanu make idle threats. The December revelation of IPOB’s 50,000 strong-armed paramilitary wing, the Eastern Security Network (ESN), complete with a Swastika-style flag, marked the end to all pretenses of being a peaceful movement.

“What had been largely unspoken was publicly declared. Since then, violent IPOB attacks on both security personnel and civilians have surged by a terrifying 59%; deaths by 344%,” he wrote.

Sheeran further explained that tagging the secessionist group with a terror label would “hit IPOB’s wallet hard”, adding that if done, no organisation that uses the US currency would be able to conduct legal transactions with IPOB.

“As soon as the designation is applied, no organization that utilizes U.S. currency would be able to legally conduct transactions with the organization. By cutting off IPOB’s funding, the U.S. would weaken the 50,000 strong paramilitary outfit, and provide Nigeria’s security forces room to train their sights squarely on ISIS-affiliated Boko Haram in the Northeast of the country.”

“Counterterrorism operations against Boko Haram have long been assisted by U.S. agencies working in close coordination with the West African government,” he added.