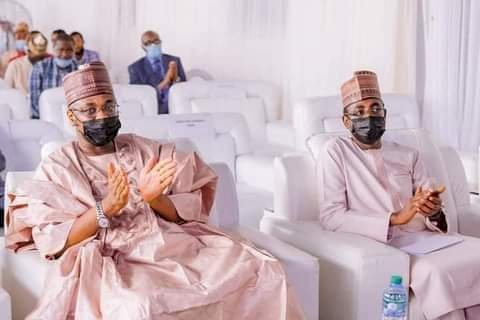 No fewer than 1.13 million shots of AstraZeneca COVID-19 vaccines have been administered across the 36 States of the federation and the FCT.

The National Primary Health Care Development Agency, NPHCDA, made this known on its official Twitter handle on Wednesday.

“As of April 21, 1, 133, 325 representing 56.3 per cent of the eligible persons targeted with the AstraZeneca vaccine have been administered with their first dose in this vaccination phase,” it said.

It noted that some of the states went a step further to vaccinate willing pensioners, people aged 70 and above, teachers and journalists during the same period.

The agency said that Lagos state was the only state that inoculated more than 200,000 residents during this first phase of vaccination in the country.

It added that the Federal Government has directed states not to exceed the 50 per cent utilisation of the vaccines, to allow for a second dose to those who have taken their first.

“The remaining 50 per cent reserved at the agency’s cold chain store will be administered eight to 12 weeks from the date of the first doses.

“We have been careful to ensure that only those who are eligible to receive the COVID-19 vaccine in the current phase are being vaccinated,” it said.

Meanwhile, the agency advised Nigerians to check their vaccination cards for their next appointment dates and where possible to try to go to the same health facilities where they got their initial dose for their second dose.

It added that people who have received the first dose should not pre-register before going to the health facility for the second dose because they have already been capture.

NAN report that Nigeria began COVID-19 vaccination on March 5 after receiving 3.94 million doses of the Oxford-AstraZeneca vaccine through COVAX, a UN-backed effort that promises access to free vaccines for up to 20 per cent of participating countries’ population.

The country has received another 300,000 doses of the Astrazeneca vaccine from telecom giant, MTN and 100,000 doses of Covishield COVID-19 vaccines from the India government.

Meanwhile, the Federal Government said the global scarcity of COVID-19 vaccines may delay the administration of the second dose.

It said: “There is a global scarcity of COVID-19 vaccines due to high demand, especially in countries where they are being produced.

“For this reason, we anticipate a delay in vaccine supply to Nigeria,” it said.