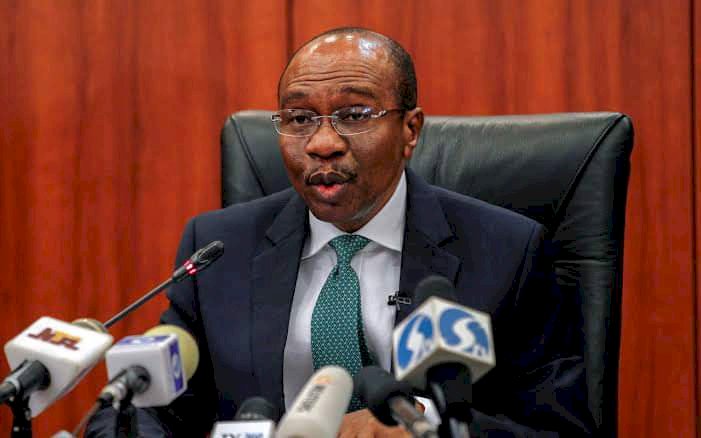 The Central Bank of Nigeria says it will not reverse its decision to ban the sales of foreign exchange to Bureaux De Change (BDCs) after the move apparently pushed the naira into an unprecedented fall.

Naira on Friday plunged to N570 against the dollar, from about N520 it sold two weeks ago at the parallel market. The currency has fluctuated at the official market with an average of N411.

The fall at the black market followed the stoppage of forex sales to registered money changers who the CBN has accused of fraud and round-tripping.

The fall has fueled price instability as many businesses rely on the black market for dollar sales, even though the CBN has said banks have been asked to meet all legitimate requests.

Addressing journalists Friday after the central bank announced that it was holding the monetary policy rate at 11.5 per cent, the governor, Godwin Emefiele, said CBN took too long to move against the BDCs.

READ ALSO:  Why Nigeria chose stable exchange rate over building foreign reserves - Emefiele
“The only exchange rate market is the Investors and Exporters window, which is the market that we expect everybody that wants to buy or sell dollars should use,” said Mr Emefiele.

“I am sorry to say: I do not recognise any other market. We’ve asked ourselves at the CBN, why did we have to wait so long?

“CBN remained the only central bank in the world to dip its hands into our commonwealth mad pack dollars to BDCs all in an effort to stabilise the exchange rate.

“For me, it’s a wrong decision. It has stopped for good. The Bank of England, or U.S. Federal Reserves do not sell dollars to BDCs even though they exist.

“It beats my imagination that tended to support illegality of people who are involved in graft and corruption,” he said.

Mr Emefiele said banks have been given instructions to meet every legitimate demand for foreign exchange, and that the CBN will be ready to support even requests that are above the allowed limit, provided they are lawful.

For the monetary policy, the bank held all paramters as follows: policy rate at 11.5 per cent, with the asymmetric corridor of +100/-700 basis points around the MPR, Cash Reserve Ratio (CRR) at 27.5 percent as well as the Liquidity Ratio at 30 per cent.

Bola Tinubu:I made my first million dollar doing my accounting...