Can Peace Be Attainable Between The Fulani & Rigwe people In Bassa? 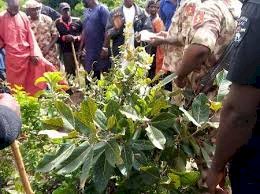 Barely 48 to 72 hours following the reconciliation meeting on Wednesday (1st, July, 2020) at Jebbu Miango, Bassa LGA, Plateau State between the Fulani(mainly pastoralists) and the Rigwe people(mainly farmers) to bring an end to the 3½ years old conflict that erupted since September 2017 when a herder, Abubakar Wada (24yrs) was beheaded by some Rigwe Youths in Dan-Tanko district of Miango town.

For the past 3½ years, there have been a series of attacks and counter-attacks between the fulani and the Rigwe people whxi leads to the death of a hundreds people, extermination of properties Worthing billions of Naira and leading many others to IDPs camps.

The meeting which was organized by the military task forces tagged (Operation Safe Haven-OPSH) charged with the responsibility of maintaining peace and order in Plateau, Bauchi states and southern parts of kaduna had the present of; Brig. BY Sakaba, Col. Ayoola (Sector 3 commander), Captain Galadima, Bassa LGA Divisional Police Officer,

Representative of the Plateau state Commissioner of police (Mr Edward Chuka Egbuka) among other security personnel.

What would be your calls or advice to the two conflicting parties, who has been engaged in an ungainly war?

Your advice might help to restore peace and save lives.