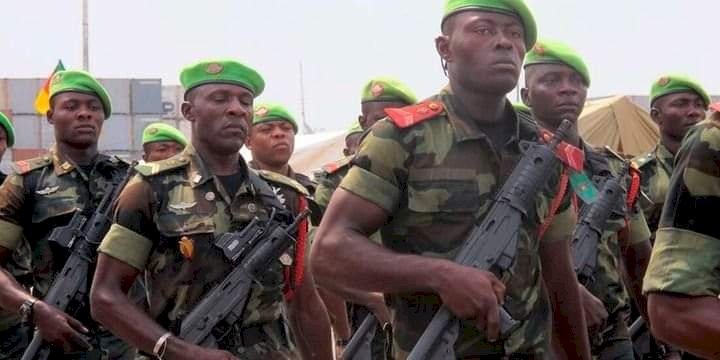 By AFP (Yaoundé)
Cameroonian soldiers raped at least 20 women, including four with disabilities, and killed a man in a raid last year in an English-speaking secessionist region, Human Rights Watch (HRW) said Friday.

The organisation said the attack against the village of Ebam, in the country's southwest, was one of the worst the army has committed in its four-year battle with armed separatists.

A number of soldiers rounded up men, while others raped at least 20 women, including four with disabilities, the activist group said in a statement after speaking by phone to survivors and witnesses between August 2020 and January 2021.

It added that a 34-year-old man was killed by soldiers in a forest surrounding the village.

Witnesses were quoted as saying that more than 50 soldiers entered Ebam by foot before dawn on March 1 last year, in retaliation against civilians suspected of cooperating with separatist fighters, including offering them shelter.

In 2017, resentment over years of perceived discrimination at the hands of Cameroon's francophone majority resulted in a declaration of independence by anglophone radicals.

Their self-declared state, Ambazonia, has not been recognised internationally, and the central government in Yaounde has responded with a crackdown.

"Sexual violence and torture are heinous crimes that governments have an obligation to immediately, effectively, and independently investigate, and to bring those responsible to justice," said Ida Sawyer, deputy Africa director at Human Rights Watch.

"One year on, survivors of the Ebam attack are desperate for justice and reparations, and they live with the disturbing knowledge that those who abused them are walking free and have faced no consequences."

A Month After Oyo Fulani Eviction: Sarkin Fulani, Asigangan Of Igangan Quibble Over...

Caricatures of the prophet:The truths of Macky Sall to...