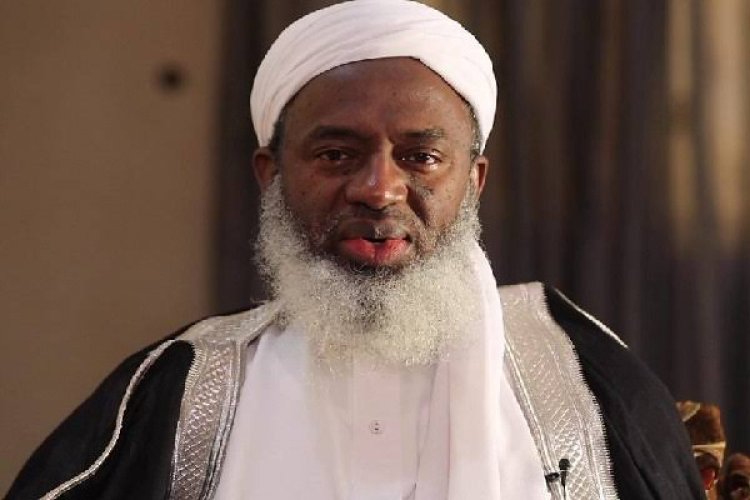 The Northern Youth Council of Nigeria (NYCN), has expressed dissatisfaction with a group under the auspices of Coalition for Peace in Nigeria (COPIN), led  by Mr. Emeka Akwuobi, calling for the arrest and prosecution of Kaduna based Islamic cleric, Sheikh Ahmed Abubakar Gumi.

COPIN   had called for the arrest of Sheikh Ahmed Abubakar Gumi over his alleged romance with bandits/terrorists groups in the North.

The National President, Northern Youth Council of Nigeria, Isah Abubakar, in a statement issued on Thursday in Kaduna, explained that the Coalition for Peace in Nigeria should note that Sheikh Gumi’s interference was borne out of his desire to see his region and people enjoy security, restored peace and protect human dignity in the Northern Nigeria.

The statement argued, “Where bandits have taken over and have institutionalized authorities, to find a lasting solution to the activities of bandits in the region, the involvement of Gumi at the time he did was not with any bad intentions rather to salvage our nation.”

The statement added, “Gumi’s call for amnesty was part of alternative dispute resolution mechanism that have worked for other part of the region and the world, he felt same can be applied to discontinued the activities of bandits/Terrorists in the North and North West, moreover Gumi was not the first that call for such move, the Governor of Katsina and Zamfara have equally call for Amnesty for bandits at different time.”

It noted that the call by Mr Emeka Akwuobi and his group was a malicious one and very instigative that can ignite a religion war in a country, that is currently bedeviled by insecurity, saying that Mr Emeka Akwuobi should quickly be called upon to unveil his sponsors, that are using him to puch the country into war by his careless statement.

The statement observed that the youths of Northern Nigeria remain resolute and supportive on every model that would be explored to bring an end to insecurity, but added that it will not tolerate any form of instigation against their leaders especially the religious leaders.

The statement explained that it appreciated the effort of all security agencies to seeing that their region and highways returns back to normalcy for safety of travelers and community inhabitants and promised security agencies of their support at all time.

David Beckham joins thousands queuing for over 12 hours to view the Queen Lying...