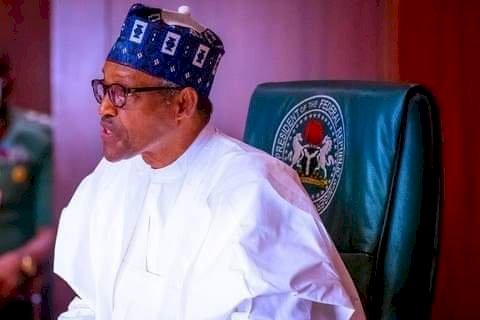 The Presidency Thursday rejected the report of Amnesty International alleging that the report on the Lekki shootings was skewed.

The Presidency said the Amnesty International cannot have more facts about things happening in the country than the President.

This is as President Muhammadu Buhari has given ministers one week ultimatum to submit reports of their consultations with their constituents on the ongoing #ENDSARS protests which had been hijacked by hoodlums thereby resulting in a state of lawlessness in different parts of the country.

Recall that President Buhari had at last week’s Federal Executive Council, FEC, meeting told the Ministers to go and interface with their constituents in a bid to stop the looting and burning of government and private properties by hoodlums as aftermath of the protest against police brutality.

It was gathered that President Buhari has given the cabinet members one week to turn in their reports on their town hall meeting with their consultants.

Speaking at the Sunrise Daily, a Channels Television programme, the Special Adviser to the President on Media and Publicity, Chief Femi Adesina, disputed the allegations that the looting and rioting was not caused by the military shootings, insisting that  there was already violence in some parts of the country before the Lekki incident.

Fielding question that the looting was a fall out of the Lekki shootings, Adesina said, “You are not quite correct. You are falling for the narrative of Amnesty International. And Amnesty is wrong. Anarchy had broken loose before even Lekki. The prisons in Benin and Oko had been broken open before Lekki. Orile police station had been burnt before Lekki.

“Amnesty International does not have all the facts, they don’t run this country, they shouldn’t know beyond what they have been told. They shouldn’t know more than you and I should know as media people as watchers of developments.”

Asked if it was the President’s thinking that Amnesty’s report was wrong, Chief Adesina alleged that Amnesty International was in the habit of making unsubstantiated reports about Nigeria.

According to him, “Many times, the military has come out to dispute facts brought out by Amnesty.”

When asked whether President Buhari approved the military action in Lekki as the commander-in-chief, the presidential Spokesman said he would not want to undermine the work of the panel of inquiry looking into the matter.

Speaking on the directives to ministers to visit states to douse tentions in their respective states, Adesina said: “I can tell you because there was another Federal Executive Council meeting yesterday (Wednesday),  the president asked for briefs from ministers who went out. Only two had their reports ready as at yesterday because some others were still in their respective states still carrying out their assignment.

“So, the president said all of them should turn in their reports through the Secretary to the Government of the Federation in the incoming week.”

Asked what to expect out of the reports, Adesina said: “Well, it can only be positive.

“One, it will help us to establish the truth to something’s because there are a lot of conjectures, colourations, outright falsehoods, fake news and all that. The ministers can come with what is near authentic based on the consultations they are going to make.”

The Water Resources Minister Sulaiman Adamu, had during a courtesy call to Governor Muhammadu Badaru Abubakar of Jigawa State in Dutse,  disclosed that ministers were directed to meet with stakeholders to explain federal government’s efforts to meet the demands of the youths.

He had said that the cabinet members were directed to “go to our states to solicit the support of political, traditional, religious and community leaders against the violence that emanated from # EndSARS protests.”

Adamu had said he was therefore in the state to meet with leaders on “promoting tolerance, peace and stability in this critical moment and hear from them and report back to him (Buhari) immediately.”.

Adamu had also acknowledged that the #ENDSARS protests started well and was in line with the Nigerian constitution only to be hijacked along the line by those who infringed on the rights of other citizens, killed innocent persons, looted and engaged in other criminal acts.

He said: “President Muhammad Buhari is soliciting the support of all other political leaders in the state to properly address the people of the state on the need to dispel any rumour that is tantamount to creating disunity among Nigerians and also throw the nation into crisis.”

The Minister of State for Power, Prince Jedy-Agba was in Cross River State few days ago with his constituents on the matter.

Vanguard was told that some of the Ministers from South East did not travel for the dialogue with their states over the lawlessness because of the curfew imposed by the governors of Imo, Enugu and Anambra State.