BREAKING:Military coup in Guinea, President Conde arrested The development came after residents heard about two hours of heavy gunfire across the capital Conakry. 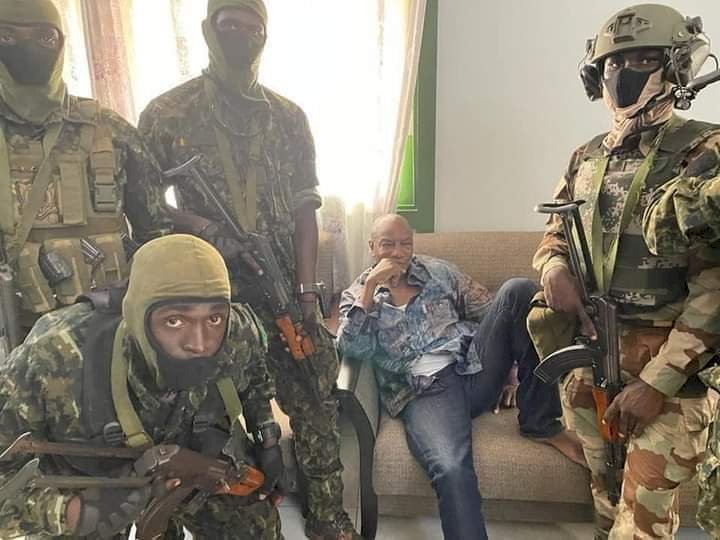 Guinea soldiers on Sunday said they have taken control of the government and suspended the Constitution.

Colonel Mamady Doumbouya of the Guinea military said in a video recorded in the capital Conakry that the National Assembly has been dissolved.

A video has also circulated on social media showing President Alpha Conde being held by soldiers. He was subsequently shoved into a vehicle and driven away.

The development came after residents heard about two hours of heavy gunfire across the capital.

Mr Doumbouya said all land and air routes have been shut in the interim, asking citizens to remain at home and await further instruction on the direction of the government.

Mr Doumbouya also lamented widespread corruption and poverty as key reasons for the takeover, saying Mr Conde had failed to deliver on his promises to Guinea people.

Mr Conde 83, won a third term of office last October. Continental body AU has yet to release a statement about the development.