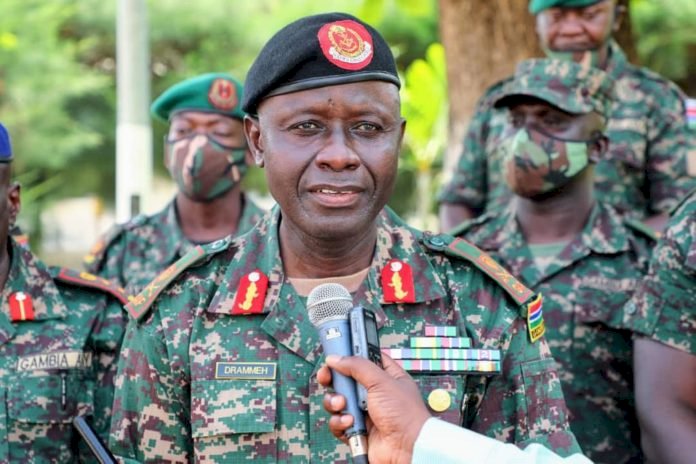 In a statement, the defence ministry said the president has promoted the nation’s army chief of defence staff Major General Yakuba Drammeh to the rank of Lieutenant General.