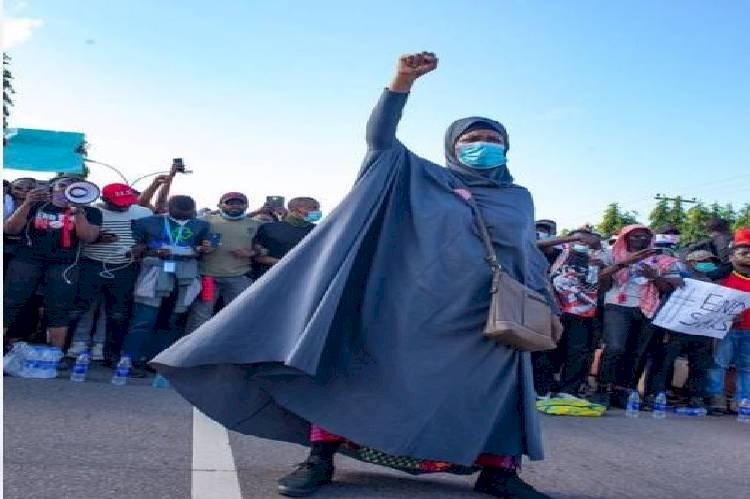 Co-convener of the #BringBackOurGirls (BBOG) advocacy group and one of the active voice during the #ENDsars protest, Aisha Yesufu, has warned that Boko Haram terrorists would inflict pain on Southerners when they are done with the North.

She issued the warning in a statement on her official Twitter handle on Wednesday, December 15.

Yesufu revealed that no region is immune to the onslaught from the terrorists.

She tweeted: “When Boko haram is done with the North they will face the South. If you think this is none of your business, some thought it wasn’t their business when it was happening in the North East, now it is. 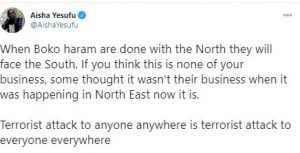 Her warning is coming amid incessant Boko Haram attacks in Northern Nigeria.

Recall that previous events in Chibok and Dapchi where Boko Haram terrorists had attacked and kidnapped students still lingers in the memory of Nigerians.

On November 28, the terrorists massacred about 43 farmers in Zabarmari, Jere Local Government Area of Borno State.

Mali: a two-year transition and a president appointed by...