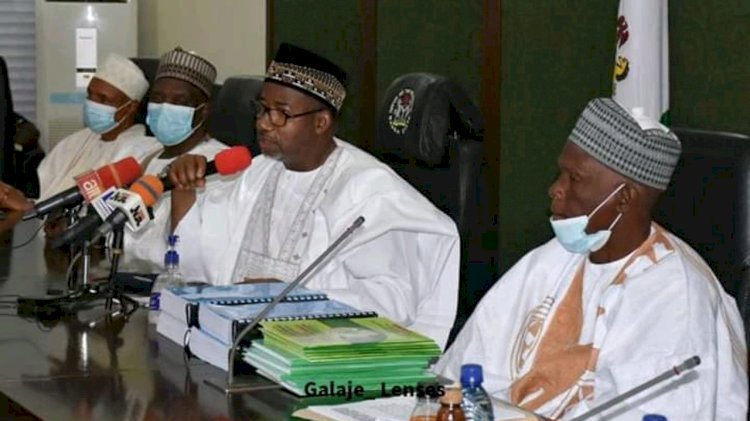 The Administrative Committee on Inquiry into land disputes between Herders and Farmers has submitted its report to Governor Bala Abdulkadir Mohammed of Bauchi State.

Presenting the report at the Council Chamber of the Government House Bauchi, the Chairman of the Committee, Surveyor Yahaya Baba said the committee has discovered a lot of illegal allocation of lands especially in forests and grazing reserves in Local Government Areas of Alkaleri, Itas Gadau, Toro and Misau and other areas with more than 1000 petitions.

The Chairman said Governor Bala was the first Governor in the state to come up with such an initiative, describing it as a move to address the issue.

Surveyor Baba hoped that the recommendations of the committee will be useful to the government to find lasting solutions to the clashes.

stakeholders for their support towards the success of the assignment.

Receiving the report, Governor Bala promised to use the recommendations of the committee to resolve the lingering problems between the two bodies and reacquire all lands illegally allocated to individuals

The Governor said Bauchi is alive with the memoranda and petitions recieved from members of the public in line with the terms of reference of the committee’s responsibilities.