Bah Ndaw the new president of Mali’s transition, a man of consensus 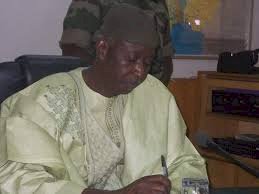 Born August 23, 1950 in San, (Segou, Mali), Mr. Daw had a distinguished career in the Air Force, before claiming his retirement rights. After his baccalaureate, he was recruited as a volunteer in the army on June 1, 1973. The following year, he was appointed to take a helicopter pilot course in the USSR.

In March 1976, the young soldier N’Daw, alias “The Great”, joined the all new Air Force. Holder of a higher military study certificate in France, he was also patented from the Ecole de Guerre (CID) in 1994.
He is in the 7th promotion (1973) of the Combined Arms Military School (EMIA) in Koulikoro. Like many executives in his corps, he passed through the former USSR where he completed several internships. He can lay claim to a rich military career. He was thus aide-de-camp to President Moussa Traoré, Chief of Staff of the Air Force, Deputy Chief of Staff of the National Guard, Director of Military Engineering and Chief of Defense Cabinet at the Prime Minister’s Office, Director General of Armed Forces Equipment, in charge of MDAC.

Under the regime of former President IBK, after the crushing defeat suffered by the Malian army against the armed groups in Kidal, the Malian Minister of Defense, Soumeylou Boubèye Maïga, resigned and was replaced by General Bah N ‘ Daw.

The retired Army General reportedly refused to sign a document relating to the integration of deserting ex-combatants as indicated in the Algiers talks document. He was reportedly sacked for this reason.
Today he takes the reins of Mali for an 18-month transition.
We wish him good luck.