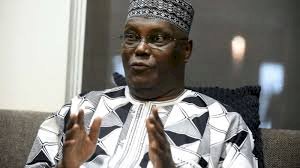 The former presidential candidate of the Peoples Democratic Party, PDP, Atiku Abubakar on Friday distanced himself from reports that he is making moves for the 2023 presidency.

Atiku said he was currently working with the Peoples Democratic Party, PDP, to ensure victory in all upcoming elections in Edo, Ondo and Anambra States respectively.

A report had emerged that the former Vice President appointed 18 people in preparation for the 2023 presidential election.

However, Atiku who spoke through his Media Aide, Paul Ibe said the former Vice President would make everything public if he decides to run for the Presidency in 2023.

Speaking with reporters, Ibe, however, said that Atiku’s support groups may be organizing themselves.

He said: “We have to be very careful with social media, it can do good and a lot of bad.

“Where his Excellency is right now is to help his party, the PDP become victorious in all upcoming elections like Edo, Ondo and Anambra is also on the radar for next year. These are the things he is preoccupied with at this point in time.

“These issues of Atiku running for Presidency or not should not be an issue of social media; it would be made public if it gets to that point.

“But that is not where Atiku is right now, there is work to be done, he’s currently working with PDP stakeholders so that they would put themselves in a position of advantage and reorganise the party for the task ahead, so I can’t confirm if he has made any appointments. But you are aware that his support groups remain very vital and active and I think they are the ones organizing themselves.”

Nigeria Will Be In Trouble If Obi Is Not Elected President–...