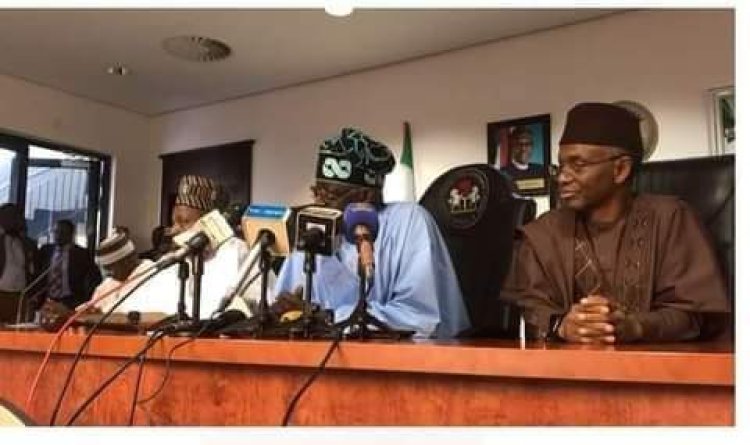 The former Governor  of Lagos and Leader of the All Progressive Congress (APC), Bola Ahmed Tinubu has has donated the sum of N50 Million to the Kaduna State Government for the rehabilitation of the Victims of the Terrorists Attack on the Abuja-Kaduna Passenger Train.

The APC Leader had arrived Kaduna to sympathize with the government and people of the state over the recent  attacks by terrorist  which have left several people killed, Others injured and an as yet unknown number kidnapped.

He was welcomed at  the Sir, Kashim Ibrahim house by Governor Nasir Elrufai, Senators and other senior officials of the Kaduna state Government.

All Enemies Of Nigeria Must Be Defeated , Says Army Chief .

Reps 2023:A New down Mayor-Balwa,Jada,Ganye and Tounge federal constituency as Youths...