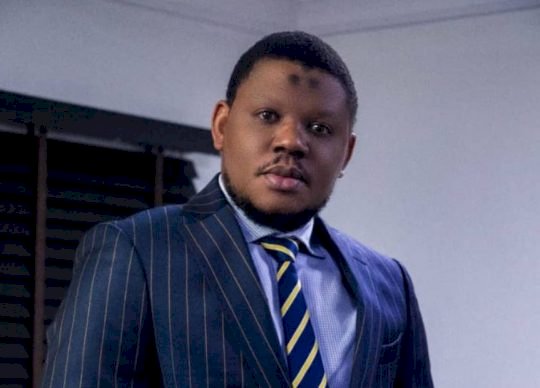 The hypocrisy I spoke about earlier today was central to the administration of the justice system in Nigeria as it concerns communal, religious, or ethnic clashes.
It would appear that the North is always played.
This must be addressed for a saner, more just, and peaceful Nigeria.

1. For example, when Northerners were massacred in 1999-2002 at SagamuKetu/Mile 12 Market, Alaba Market, Ajegunle, Idi-Araba, etc by the OPC terrorist, The North did nothing, and eventually, the leader of the same OPC, Gani Adams is now Aare Ona Kakanfo of Yoruba Land. A hero!

2. When Ralph Owazuruike, the leader of MASSOB, the harbinger of Nnamdi Kanu's IPOB is tormenting the Northerners and other non-Igbo in the East, he was celebrated and named chief of the land, respected, valued, elevated, and positioned as a leader of the people. A hero!

3. When Asari Dakubo Government Tompolo was busy kidnapping, bombing, and destroying Nigeria's critical national assets, they were elevated by their people.
Ordained chieftainly titles, awarded a massive contract that turned them into billionaires overnight.
They were heroes.

Throughout these, the south has a way of accommodating those who are otherwise supposed criminals as heroes, grant them reputable standing, and use media to whitewash them.
For the North? a different story altogether........

4. When there was a crisis in Zaki Biam, Benue State, President Obasanjo sends the military to level the whole village.
Most of the people of Zaki Biam, knowingly or unknowingly are criminals, innocent or otherwise. They were all bombed and vanquished, with no heroes over there.

5. Then comes the Boko Haram crisis in the North.
President Yar'adua orders all of them to be bombed & condemned as terrorists. No one should listen to them or at least find a possible way of reintegrating them.
The only resolution was bombs & bullets. We all know the outcomes.

And now, we have the problem of Herdsmen/Bandits in the North. Solutions? Bombs & bullets, once again
No one is talking about other means, everyone is carried away by a fist. These bombs may destroy many families before killing one bandit.
As we see in the NorthEast & Zaki Biam

It seems to me that we have the gift of status, position, respect, and money for those killing and destroying in the South, while we have bombs and bullets for those doing the same thing in the North.
You see the hypocrisy in administering the conflict resolution in Nigeria?

If we want a just country, we must learn to tell ourselves the truth & treat those that have stained their hands with the blood of others as who they should be
We must pay critical attention to the future of Nigeria than glorifying crime in one clime & condemning it on the other

I went down the history lane, not to rise the sleeping dog, but to buttress my point on why I think, it is more appropriate for the banditry in Nigeria to be treated on the basis of containment, not condemnation.

Bullets don't solve all problems, as can be seen by relative peace in the South & violence in some parts of the North.
The government at all levels must get in the mud and take an active interest in listening to the sincere grievances of those bandits, since they're within reach

No one, not the government or the people are free from guilt on the damages affecting this country at all front, but to fix it, we must all commit to demonstrating a genuine desire for peace and reconciliation at all levels.

We must play an active role in building a nation, through discussion, conversations, dialogue, more listening from the leaders.
Address these issues with the highest degree of straightforwardness and build a more valuable bond that will truly project the might of Nigeria.

Although I've changed the topic I intend to talk about. It was more than 50 pages, I intend to further it as a 100 pages book and will name it.
"Cold War, The North and Renaissance of Nigerian State"
We will copyright and publish insha Allah.

Excerpt of President Barrow’s Statement on the Occassion of the 13th Convocation...

The communique issued at the end of a meeting of Joint Fulani Associations in Kwara...