US Will Do Everything To Dislodge Terrorists From Nigeria, West Africa –Pompeo 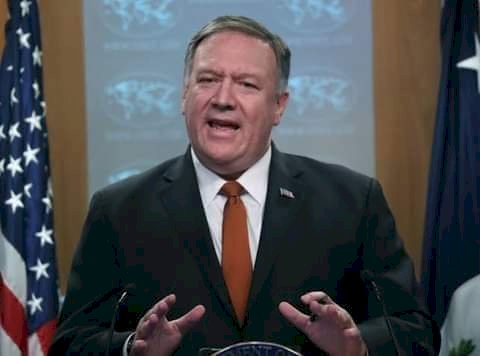 United States Secretary of State, Mike Pompeo, on Wednesday, says the US government will use all tools at its disposal in the fight against terrorist elements in Nigeria and West Africa.

Pompeo made this known after the virtual meeting of the Global Coalition to Defeat ISIS co-hosted by Nigeria on Tuesday.

According to him, “great progress” was made at the meeting with the Federal Government of Nigeria.

The US Secretary of State tweeted, “Great progress was made at yesterday’s virtual Global @Coalition to Defeat ISIS meeting on West Africa. We will use all tools at our disposal to counter ISIS and its affiliates anywhere in the world. My thanks to Nigeria for co-hosting the event.”

At the meeting, the US and the 82-member global coalition it leads expressed full commitment to defeating ISIS and other terror groups including Boko Haram.

The PUNCH had reported that the Commander, US Special Operations Command Africa, Maj. Gen. Dagvin Anderson, in August this year, sounded the alarm that the Islamic State and Al-Qaeda terrorist groups were infiltrating northern Nigeria and parts of West Africa.

African Union and AU Commission Express Concern Over the...