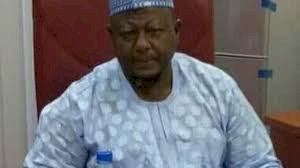 Distisquished senator Lawal Yahaya Gumau was a former member of the Bauchi state house of Assembly and two term member of the Feederal house of Representatives now senator representing the good people of Bauchi South in the national assembly . History has it that Gumau is indeed the most luckiest politicians in Bauchi state who are destined by Almighty Allah that keep growing amidst protest of incapacitation yet he keep winning elections . He made promises apart of been a replica of the late Senator Wakili who was a voice to the region but promised to sponsor a bill that will make our incumbent President a lifetime president . Serving as member of the state house of Assembly and member feederal house of Representatives and now senator of the Feederal Republic should have equiped him with all the legislative experience but his silent nature is generating a lot of concerns not just to his constituents but even those outside the state who are privilege to go through his very rich CV .

Bauchi South will forever remember the glorious exit of their vocal son who was mouth piece not just to Bauchi South, North East ,North but the nation as whole . Many has it that though the late law maker had many projects added to his name but Bauchians enjoy watching inside the senate and live proceedings of the senate because they may likely see the face of late Wakili contributing to national debates a primary responsibility of all lawmakers in the world. The death of this noble personality has open another political game in the senatorial district and in 2018 re-rerun Sen. Yahaya defeated the incumbent commissioner of information , culture and tourism Dr. Ladan Salihu who many saw as a perfect replacement and excellent choice for the seat for been one of the vocal sons Bauchi state has ever produced after the likes of late Tafawa Balewa the golden voice of Africa.

Bauchi South is indeed one of the most complicated to win senatorial district in Nigeria because it is the only zone that has the two former governors losing  elections to go the senate in 2007 and 2015 respectively despite the culture of mighty power and money politics that has dominated the Nigeria . Alh.Ahmed Mu’azu a two term governor in the state lost to the incumbent governor of the state Sen. Bala Abdulkadir Mohammed CON and in 2015 the same scenario repeated itself where Mallam Isa Yuguda lost woefully to late Sen. Wakili . These scenarios clearly shows that money and power cannot win a senatorial seat in Bauchi South which means that should Sen. Lawal Yahaya Gumau has any another political ambition to return to the senate in 2023 then he must wake up not to fight but to ensure that the greater work of a senator is indeed his priority . It clearly shows without prejudice that anyone clamouring to contest afresh or seek a return to red chamber must be a dog fighter not by guns but by ensuring that he is always judge by his words by keeping his words .Senator Gumau would have last longer in politics should his political experience are allow to count in Bauchi South but it seem the reverse is now case with the ongoing agitations due to the manner our able distisquished senator has chosen to be silent over a number of issues .

History will be kind to late Mallam Ali Wakili and posterity will surely judge him well for achieving in his short term the following bills;

The bill/proposal to establish Federal College of Education Dass, The bill to upgrade Nigeria Postal Service(NIPOST) to a world standard courier services and above all the way and manner he stood to speak on the need to established the North East Development commission with his fellow counterpart in the house of Representatives former Speaker Rt. Hon. Yakubu Dogara .As the chairman House committee on poverty and social investment empowered a lot of youths and distribute starter packs to them,a case in point is the distribution of computers, Generators and other printing materials for business centers and welding and fabrication tools among others . Apart from distribution of cars to many political associates ,The late senator was intrumental in initiating the  building and hospitals at Sabon layi,Bauchi LGA, at Dakudi town,Alkaleri LGA,Computer Center at GSS Kirfi,Kirfi LGA,Computer center at Dass,Dass LGA and Divisional Police Station and DPO’s residence at Lere.Tafawa Balewa LGA among many other gestures that our piece will not capture .

Accountability and transparency in governance are the twins ingredients missing in most of our todays generational leaders . We are all witness to how ICPC are going round to verify various unexecuted and unaccounted projects across the nation constituencies by the lawmakers . Many have been asking questions on the whereabouts of senator Lawal Yahaya Gumau in the senate and will be desperate to see his impact to the people he represents . Many have been clamouring for the senator to vie for governor under the platform of his rulling APC at the center leaving many unaswer questions on whether the senator has met the promises of his constituents . Electorates believe that legislators need to be rich in language to pave the way for them to speak on the floor but Nigerian like politicians require confidence of mind to speak because all Nigerians are yearning for is quality representation . We have seen Hon. Gudaje Kazaure ,his style of language and his ability to convey always the message of Kazaure/Roni /Yan Kwashi Feederal constituency in Jigawa state .Those who sit , laugh and mocked the Jigawa lawmaker are now the subjects that of Mockeries in both the green and red Chambers of the Nigerian senate . Our electorates must be accountable beyond media speeches through their Yan kare muradu via their tiny Androids always serving the interest of their paymasters at the detriment of those who lineup with their PVCs not just to votes but defend their votes as well . These helpless electorates has been abandoned by our able distisquished senator who came on the mantra of change to short their lives .

Bauchians particularly the good people of Bauchi South are demanding for good representation to tackle the increasing unemployment , access roads particularly the unmotorable Magama-Gumau – Saminaka Feederal roads that passes through the hometown of the distisquish senator , Schollarship to subsidize the various educational pursuits of the teaming young constituents who have passion for education ,supplied and distribution of transformers to places like Tilden fulani that has been in darkness for quite sometime despite huge supports and votes enjoyed by the incumbent senator . Constructions of hand pump  and motorized boreholes are among many things we need in Bauchi South at the moment and  Sen. Lawal Yahaya Gumau is the person we are lucking up to .

I hope this prayer will be giving a special consideration by the Senator himself and his social media protectors who are good in sending snapshot of cars been distributed to favor individuals at the detriment of the entire members of Bauchi South constituents .