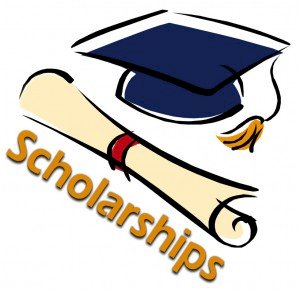 When we were about completing our master’s degree in psychology, my Arab friend and I decided to seek for a scholarship for our PhDs because we knew we couldn’t afford it. Seeing how we struggled through the master’s degree in a foreign land – scrimping and skipping meals – we would be unjust to ourselves if we thought we could self-sponsor our PhDs. And we wanted to be doctors more than anything. So what to do?

While we were struggling with our thoughts, my Arab friend told me that  his Iranian friend was basking in his new found fortune. He had been giving a studentship to do his PhD in Norway – which would pay him $3,000 monthly for his efforts.

How did that  happen? I asked my friend. It happened that he employed a very simple system that is accessible to everyone. This is what the Iranian did. But before I tell you, let me make a prediction. You’re going to read it, it would make sense to you, but you’re not going to use the idea. I’m certain that you’re going to walk away from it only to complain again tomorrow that you don’t have a scholarship.

So this is the magic of our friend: he sent out 300 applications. It is as simple as that. But you now understand why I said you wouldn’t do it?  It is simple but not easy.

But I want you to send 300 applications. I understand that it sounds hypocritical to ask you to apply to 300 places while I did only two myself. But in my case, God intervened and I got in with minimal effort. For that, I’m very grateful because that studentship was one of the bests in the country and very competitive.

Many applicants who were smarter and more credentialed than me apply and didn’t get in. An example is my Nigerian friend who applied to the same program with two master’s in mathematics and computer science but wasn’t successful. I applied with two master’s in journalism and psychology but got it. Na God.

The result is that I now have a PhD. And I guess you’re reading this because you want one or at least a scholarship for a postgraduate degree. So go ahead and send out 300 applications. Don’t worry,  I will give you the steps. There are two methods you can use. The one adopted by our Iranian friend was to crawl the internet and academic papers to collate the contacts of the professors working in his field. After that, he started sending them emails. Some responded . Some didn’t. Of those who responded, some simply said they were not interested. Some actually insulted him “you don’t know what you are doing, if not, you would realize that isn’t my area of research.”

But he didn’t relent. He powered through. The obstacle is the way, he believed. Our friend used the feedback to improve the subsequent applications.

The second method is to go to a site that aggregates scholarships such as www.jobs.ac.uk. Register and look for the opportunities in the area of your interest. Also, apply to areas that are bit different from yours. In my case, I wanted a scholarship to do a PhD in psychology but I ended up doing one in IT.

Once you are registered on the site, start applying to the openings one after the other. To do so, you need to get your basic tools ready: your certificates and transcripts, CV, statement of purpose, etc. But don’t send the same thing to everyone, tweak them to suit each application.

With technology and the internet, it is actually easy. For example, if your target is 300 applications, dedicate one hour each day to apply to 10 places. In 10 days, you would have 100. In a month, 300.

You may think this is difficult and you maybe right. It is indeed effortful, but it is worth investing 30 days of your life to something that would give you a meal ticket for life.

For those who think 300 applications are too many, let me tell you about my friend, Dr Emmanuel Jesuyandasu. He sent out 500 applications and finally chose to go to Japan. He is now a doctor.

If you use this secret and you do it right without cutting corners, I can almost  guarantee that you will get a postgraduate scholarship. I wish you the best."

The ‘uneducated’ Fulani herdsman who reads, writes and...