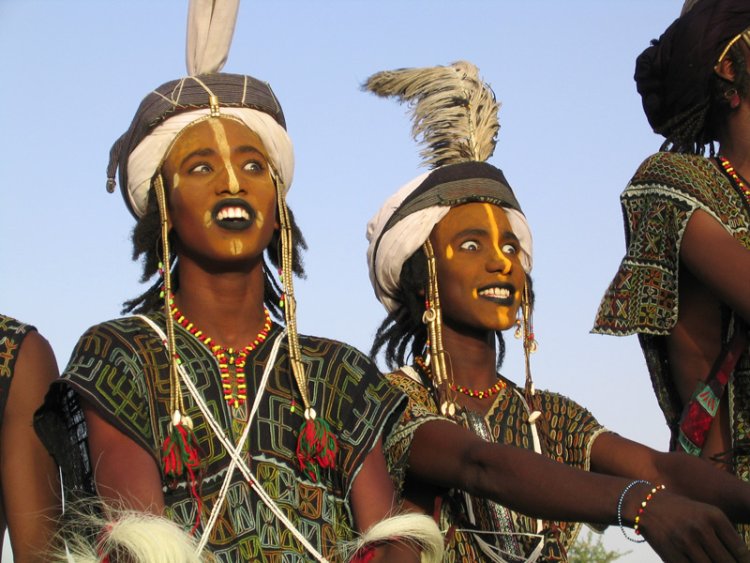 The previous part of this essay discusses some misinterpretations and misconceptions about pastoralism as it relates to the Fulani people. Like pastoralism and nomadism, the menace of banditry which dominates the public discourse in Nigeria has been erroneously associated with the Fulani.

This is for obvious reasons, which I shall discuss in due course. But before that, it is important to demystify the ethno-religious connotations that have polarised our understanding of the devil we are facing as a nation.

The stereotypical narrative that connects banditry to the Fulani as an ethnic group is outrageous. This fallacious, but well-orchestrated narrative has undermined not just the Fulani but the entire country.

Because, spinning criminality and criminals, terrorism and terrorists to a cultural identity is tantamount to doing the bidding of the terrorists by legitimising their activities and giving them a human face to perpetrate their evil. In some cases, the long-term effects of legitimising criminals are worse than the actual act of criminality. Thus, those who do so either consciously or subconsciously might be more harmful to the society than the actual criminals.

Under normal circumstances, saying the Fulani are not bandits and banditry is not pulaaku is a redundant statement. However, that is the least one can do in a society where social discourse and relations have been polarised along ethnic and religious lines. For those who find it new, pulaaku literally means “Fulaniness” i.e. being Fulani – a sacrosanct cultural code of conduct that characterises a Fulani person and therefore defines the status of their being Fulani.

What is interesting is that pulaaku is based on good character, e.g. shyness, truthfulness, kindness, bravery, trustworthiness, etc. Culturally, a Fulani is expected to maintain these traits. Failure to do so makes one an outcast. In essence, bandits are culturally outcasts, un-Fulani, because they have broken the chain of pulaaku by being criminals.

Consequently, it is prohibited for the Fulani community to consider these kinds of outlaws as Fulani. Thus, from the cultural perspective of the Fulbe, bandits are not Fulani, whether or not they were born as and still proclaim to be so. The code of pulaaku is clear on this and it is sacrosanct.

Still, those brainwashed to believe that banditry is connected with being Fulani need an alternative perspective. Let them understand that a significant majority of the population in north-western Nigeria identify as, or with the Fulani, either in full or partial biological or cultural relations.

It is plausible to state that the majority of the communities or households in this part of Nigeria are connected to the Fulani, one way or another. The banditry in Nigeria mostly affects states and communities with overwhelming Fulani population – needless to say that the Fulani are the worse victims of this despicable terrorism.

You might have heard of yan banga and yan-sa-kai – the now outlawed local vigilante groups that have been fighting bandits in the North West. Those who erroneously connect banditry to ethnicity might think that these groups consist of only one ethnic group fighting enemies of the other.

No. Like other communal issues in northern Nigeria, these groups are Hausa-Fulani – i.e. membership and leadership is largely made of people from these ethnic groups, depending on the communities in question. Rather than an ethnic war, it is a case of helpless citizens of all cultural backgrounds defending themselves against merciless terrorists.

Similarly, bandits terrorizing communities are at war with the traditional and government authorities. If bandits are understood to be Fulani who are the authorities in most of these states? From Sokoto to Lokoja, Makurdi to Maiha, most of the traditional rulers (with the exception of some North Central states) are Fulani.

The governors of Sokoto, Zamfara, Kebbi, Kaduna, Kano, Katsina, Jigawa, Niger, among others, all identify in a way as Fulani. When Governor Masari, a Pullo, said locals should defend themselves against bandits, he was not saying go and kill my/your brothers. He was saying the innocent must defeat the wicked. Masari is the governor, Turji the terrorist, even if both were of Fulani descent.

Is this then a case of Fulani against Fulani? Where is the question of ethnicity then? Who owns the identity between the terrorised and the terrorists? Is it the bandits, the innocent population, the leaders at the forefront of securing the citizens by killing, shelling and destroying the bandits?

My answer is none. Each is an individual accidentally born in a certain culture in Nigeria, whose individual actions and decisions must not be judged against their ethnic, religious or cultural community.

More importantly, however, bandits are not only of Fulani descent. Many of these criminals identify as Hausa, Bagobiri, Gwari, Buzu, Kanuri, etc. from all nooks and crannies of this region and neighbouring countries. In fact, if language is of relevance to ethnic identity, then these bandits are more Hausa than anything else, for most of them only speak and understand Hausa.

The most important fact to be understood, though, is that the cartel that has overtaken the peace of our land is not actually the peasants we see on videos, listen to on radio or on social media.

The rugged kingpins that supply weapons, provide training, intelligence, cover-ups; those who perpetrate the release of these criminals; those who give them the necessary protection and safety are of various ethnic, religious, regional and even national identities. They do it as criminals and for vested interests not as members of their ethnic groups.

We may not need to be told that these poor illiterates who have become the face of banditry cannot hold millions of Nigerians to ransom. These bushes where they live eternally cannot house the billions of naira in this criminal industry. This is not rocket science.

With all this, though, there seems to be more outlaws of Fulani descent in this debacle than from other ethnic groups, at least among the foot soldiers. I will tell you why.

Dr. Ahmadu Shehu is a herdsman and can be reached on ahmadsheehu@gmail.com

‘I am very happy and proud;’ Chelsea Star says as he receives Sierra Leonean Passport...