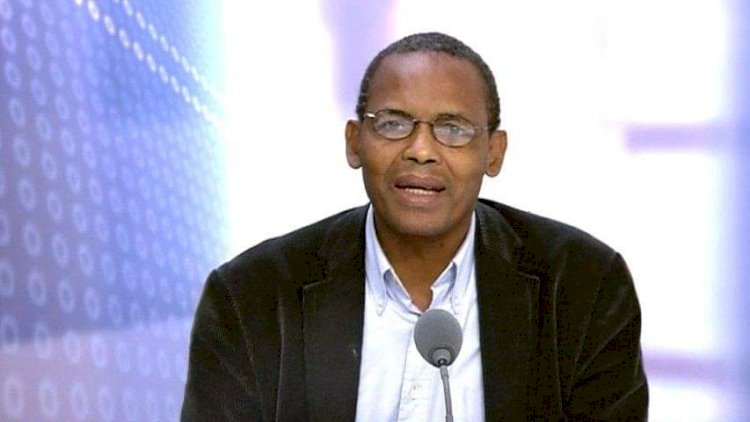 No need to look in our electoral shit for the figures which corroborate the triumph proclaimed by the tyranny of Sékoutouréyah.  They are known in advance.  These cynics invented and wrote them down long before the October 18 masquerade.
This is nothing less than a putsch.  All the signs that show it are there: the Internet cut, telephone networks disrupted, towns and villages crisscrossed by the police, etc.

All this for a simple election!

In this "circus of the valley of death", to use the beautiful title of Alioune Fantouré's novel, Cellou Dalein Diallo is the only culprit, the only one stigmatized by these pies of the International Community.  His unforgivable crime?  To have carried out his own counting on the basis of the minutes publicly and officially posted in front of the polling stations.  A very small offense compared to the many crimes of which Alpha Condé was guilty in ten years of macabre reign without incurring the slightest reproach!  A small misdemeanor cleverly disguised as a crime by these zozos from ECOWAS, in particular, this ubiquitous character called Francis Béhanzin whose disjointed remarks and pro-zealousness make Africa laugh.

Let’s ask these hypocrites the one and only valid question: What would you have done in Cellou’s place?  Would you have trusted the Ceni and the Constitutional Court?  No !  You know better than anyone, to be its harmful accomplices, that these apparently legal institutions are nothing but rigging machines, sordid dispensaries in the service of a president rich in prebends, expert in blackmail and cudgel.  You know very well that anyone would have been satisfied with the official results, even if the Ceni was credible and the Constitutional Court, reliable.

But let us drop this ECOWAS in which nobody believes any more because of its versatile and corrupt agents who have long since betrayed our ideal of unity and democracy for the benefit of their personal and sordid interests.  Let’s not trust the African Union either;  nor at the ICC or the United Nations.  Like the mafias, these organizations are always on the side of the ruling power, never on the side of the oppressed, never on the side of the widow and the orphan.  Democracy and the human rights they boast about are nothing but screens.  And their strategies and the interests they defend are beyond our comprehension.

Is Madam Ben Souda sincere when, in the name of her very shady ICC, she threatens to prosecute those - which ones? - who utter ethnic statements and incite violence?  Does she pretend to ignore that in Guinea, the main factor of division and hatred is called Alpha Condé?  Should she wait for a Rwandan syndrome to send our prossefer, in the absence of an international arrest warrant, a warning or a reprimand?  She, the great slayer of crimes against humanity, what effort has she made to drag the horrible criminals from the September 28 Stadium to The Hague?  No !  Who does his inexcusable laxity seek to protect?

And dear Mr. Antonio Guterres, if he wants a sincere and constructive dialogue, let him begin by calling for the withdrawal of the army from our homes and our streets;  may he use his power to stop the slaughter of our women and children.  Above all, above all, that he points the finger at the objective reasons for the Guinean crisis: the violation of the Constitution and electoral rigging.  In particular, this last point which, if clearly elucidated, would significantly lower the tension.  Why, since he is so keen to restore calm in our country, does he not propose a new counting of votes under the aegis of the United Nations, this time, as was done in Côte d'Ivoire,  a decade earlier.  A count made in the light of day, in the sight and knowledge of all, would settle the question once and for all.  Unless an honest count, you can imagine, Alpha Condé will never blame it.  And for good reason !

And then, all things considered, let the great of this world go about their planetary business.  Let us take care of our miserable Guinea ourselves.  After all, this is our problem.  Not that of Ben Souda, Ibn Chambas, Béhanzin or Tartempion.  We are the best suited to diagnose our sick country, the best able to prescribe the right remedy.  To do this, let's start by posing the problem.  Contrary to what Alpha Condé and the iron and diamond mafia who manipulate him want us to believe, the issue is not ethnic, religious or regional.  It is political, purely and simply political.

In Guinea as elsewhere, in Ivory Coast and Rwanda, invoking tribalism to explain crises is a political joke in bad taste.  Guineans know this well, who were able to avoid general chaos despite the hate speeches that from Sékou Touré to Alpha Condé, our various leaders had the foolishness to utter.  Nothing and no one will sever the ties that history has forged and still weaves between our ethnic groups since the empire of Ghana at least.  Fortunately, our society is smarter than its political class.  It is this virtue that has so far kept us from sinking.  It is this virtue that will keep us from sinking this time too.

Our ethnic groups have only one single enemy: dictatorship in its many faces.  And the dictatorship is not a person, it is a system. It is against this system that we must unite and fight.  Let’s all die if we have to!  Nothing is more beautiful than to die for freedom!  Despite the electoral rigging and the bullets, we must not hesitate, back down or give in until Alpha Condé and his clique are down.  "Boldness, more daring, always daring!  ".  Let us move forward relying on our own strengths.  Nothing has happened yet.
Now is the time for the fight to begin!