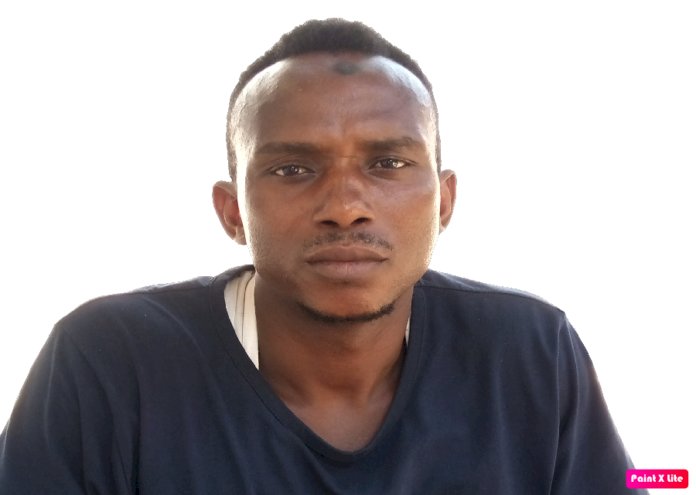 A soldier, Omar Sarjo, who was dismissed from the Gambia Armed Forces for being a non-Gambian, has spoken for the first time since his dismissal in 2017.

Sankareh alleged that according to an army investigation and vetting process, Omar Sarjo was enlisted into GAF with fake credentials, trained and served until he was finally dismissed and voluntarily left the shores of The Gambia to Casamance in southern Senegal.

But in a Standard exclusive yesterday, Sarjo vehemently denied claims that he is not a Gambian. He also dismissed a widely held notion that he is the son of Salif Sadio, leader of a faction of the rebel movement, MFDC, in Casamance, Senegal.

Explaining his side of the story, Sarjo said: “I joined the army in 2005 and I was posted in Farafenni where I spent close to 10 years. I was later transferred to Yundum Barracks in 2014 and later, Sibanor where the 2016 impasse found me.”

According to Sarjo, on 2 September 2017 when he was returning to Sibanor from his home village, his wife called him, informing him that she received a call from Banjul that there were indications that he might be in trouble. “But I told her that cannot be true because my file in the army is very clean. But a few minutes later, I received another call from a colleague at the [Army] Headquarters who advised me to leave the country to Casamance. But again, I told this colleague too that I would prefer dying here rather than leaving the country for whatever reason,” Omar Sarjo said.

He added that when he reached Sibanor, he reported the matter to his Platoon Commander who called the army headquarters and was told that Omar Sarjo was identified as a non-Gambian and he was going to be dismissed.

“What followed next was that, I was later arrested by one Ajuma Camara and one RP Tamba. Initially, I wanted to resist but I was convinced by some of my colleagues to subdue and that was how they arrested me and put me in a cell where I spent little over a month before they later took me for interrogation. The Commanding Officer, who was interrogating me, informed me that my dismissal was ordered by the office of the then CDS Masanneh Kinteh,” Sarjo said.

He said after informing him of his dismissal, they took him back to prison for another 3 months and 22 days. He said it was the SIS director, Ousman Sowe who intervened to get him released after his wife had approached him for help.

“I later realised that my dismissal was as a result of them believing that I am the son Salif Sadio of the MFDC rebels in Casamance and that I was brought to the army in 1995 by Yahya Jammeh because of his relationship with Salif Sadio.  But that is not true. In fact, 1995 found me in Grade 3. Even if what they are saying is true, do you think Jammeh would allow me to be posted in Farafenni?” Sarjo quizzed.

Sarjo said until proven otherwise, as much as he knew, he is a Gambian, born in Kabakel village.

“I did my nursery, primary and Upper Basic schooling in Marakissa. Yes, I don’t know my parents because they died while I was very young but nobody in my family has ever told me I am from Casamance. I have been to Casamance only once in my life,” he said.

Mr Sarjo demanded apology from both the army and Government spokesperson for suggesting that he is a native of Casamance, which eventually triggered his dismissal.

He also denied reports that many soldiers were dismissed from the army.

“I think the government had rushed to sack me without following due process. I challenge anyone who can prove that I am Salif Sadio’s son. I want the person to come forward,” he charged.

Omar said when he recently went to the Gambia Immigration Department to renew his passport, he was asked to bring an attestation from the alkalo and the chief.

“But when I brought the attestations, they told me that they received a communication from the army that I am not a Gambian and that they should not issue me documents. They said they suspected that Jammeh might have sent me money to renew my passport to join him in Equatorial Guinea,” Sarjo said.